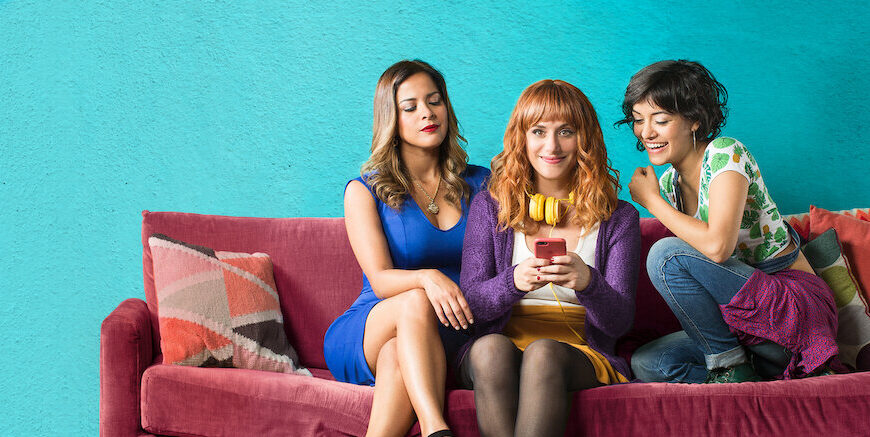 Settle in for the weekend with these five must-watch foreign films starring Latinas. We love to celebrate culture and diversity, especially in media—something that is still an issue today. With more and more calls for greater diversity and inclusion in Hollywood, we’re taking a peak at what foreign films have to offer.

These five foreign films feature rich, diverse Latina stories filled with culture and authenticity. Check out our list below!

How to Get Over a Breakup (Peru)

Directed by Bruno Ascenzo, this 2018 film follows the life of a copywriter living in Lima, Peru as she attempts to get over a painful breakup by writing a blog about the highs and lows of living life as a single woman. The romantic comedy stars Gisela Ponce de León, Karina Jordán, Jely Reátegui.

In the Time of the Butterflies (Mexico)

Directed by Mariano Barroso, this 2002 films is inspired by the true story of the three Mirabal sisters who, in 1960, became activists plotting to overthrow the government during the Dominican Republic’s Trujillo regime when members of their family were killed by the government’s troops. The drama stars Salma Hayek, Lumi Cavazos, and Edward James Olmos.

Directed by Patricia Ferreira, this 2017 family comedy stars Carmen Machi, Adriana Ozores, and Aitana Sánchez-Gijón. Described as heartfelt and funny, the film follows a determined woman, along with her two friends, as she travels to Vietnam to bring home the baby her recently deceased daughter had planned to adopt.

This 2016 Brazilian drama, directed by Kleber Mendonça Filho, follows the story of 65 year old Clara (Sônia Braga), who lives her life to the fullest with her family and friends. She is the last resident of the Aquarius, an original three-story building built in the 1940s in the upper-class, seaside Boa Viagem Avenue, Recife. When a construction company begins buying the neighboring apartments, Clara engages in a cold war with the company, pledging to only leave her place upon her death.

In this 2016 Science fiction/horror film, a couple in a troubled marriage locate a meteorite, initiating an encounter with a mysterious creature. Their lives are turned upside down by the discovery of the creature, which is a source of both pleasure and destruction.