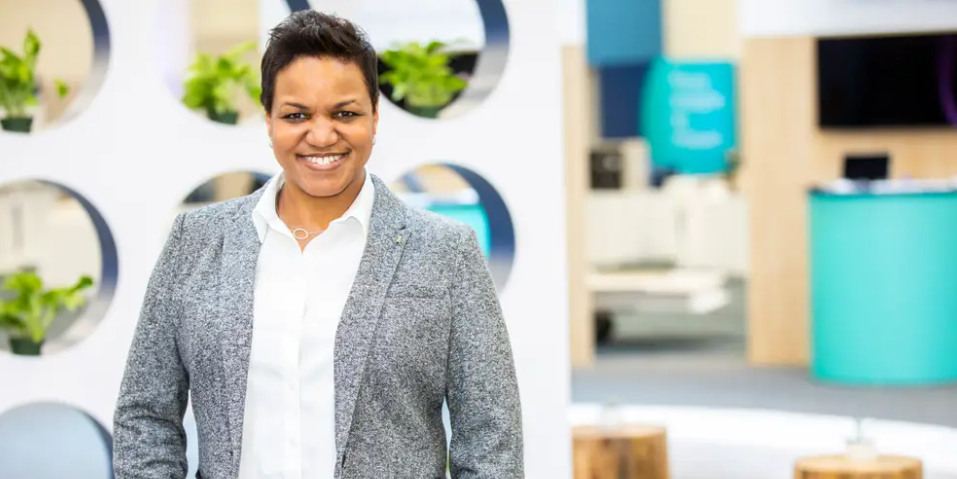 Historically, Latinos are the least represented in corporations compared to any other group. Only 3% of the Fortune 1000 company board seats are held by Latinos, despite the large size of the U.S. Latino population.

“We are being left behind,” said Esther Aguilera, CEO of the Latino Corporate Directors Association (LCDA). “In fact, over the last 10 years, between 2010 and 2020, Latinos only gained 1%. We went from 2% of corporate board seats to 3%. Latinos and Latinas are invisible in the C-suite and the boardroom. For Latinas, it’s even smaller. Only about 1% of the public company board seats are held by Latinas. Yet, we are such a large and contributing sector, we have a long tradition of entrepreneurship and growing corporate business businesses nationwide.”

We want to shine a spotlight on some of the Latina executives who are breaking biases and diversifying corporate leadership positions. These three Latina executives show that Latina leaders are strong, capable, and necessary in the boardroom. They bring their own unique experiences, culture, and knowledge to their positions, adding much needed diversity to leadership positions.

Anne L. Alonzo is the former Senior Vice President, External Affairs and Chief Sustainability Officer for Corteva Agriscience and currently serves as an Independent Board Director at Potlatch Deltic, a leading timber and wood products public company focused on sustainable forest practices. Anne also serves as a Senior Advisor to Pollination, a global climate change and investment advisory firm and as an Advisor to Trail Head Capital, a social impact capital
investment firm.

She is a recognized global food and agriculture leader and has forged a highly successful and diverse career in the public, non-profit and corporate sectors. Throughout her career, she has served in various senior leadership roles including as President & CEO of the American Egg Board, the marketing arm of the $9B egg industry, USDA’s Agricultural Marketing Service as Administrator of the $5B, 4300 person federal agency and as Vice President of Global Public Policy at Kraft Foods leading all global corporate affairs work in the areas of sustainability, health and wellness and its issue/risk management team.

She has also served as Senior Vice President at the National Foreign Trade Council, a diplomat at the U.S. Embassy, Mexico as well as senior regional counsel at the U.S. Environmental Protection Agency, Chicago, IL.

As a Latina leader, Anne has been recognized for her leadership supporting and mentoring Latinos across the U.S. and was honored with awards such as “Top 100 Most Influential Latinas” by Latino Leaders, “Top 100 Latinos” by Board IQ, Chicago United People of Color Award, “Maestro Award for Entrepreneurship” by Latino Leaders, “Brava” (courage) Award by LATINO Magazine and Corporate Elite Ranking, Hispanic Magazine.

Sindy Marisol Benavides is a Honduran-American immigrant who has experienced the American dream, and now devotes her career to public service, ensuring that countless young people, women, and immigrants have the same opportunity. She is currently Chief Executive Officer for the League of United Latin American Citizens (LULAC), the oldest Hispanic civil rights organization in the country.

She previously served as the Chief Operating Officer and National Director for Civic Engagement and Community Mobilization for LULAC, Vice President of Field & Political Operations for Voto Latino and as Northern Virginia Political Director for the 2012 Kaine for Virginia senatorial campaign. She has also been National Director of Community Outreach for the Democratic National Committee, and Latino Liaison and Director of Gubernatorial Appointments for Governor Timothy M. Kaine.

Sindy is the founder, co-founder, and founding board member of LULAC Council 4611, VA Latino Higher Education Network (VALHEN), VA Coalition of Immigrant Rights (VACIR), and the Hispanic Organization for Leadership and Action (HOLA). She uses her various platforms to continue to serve and support Latinos.

Rosanna Durruthy is a queer, Afro-Latina working to empower and diversify the corporate world. Currently, she is LinkedIn’s Vice President of Global Diversity, Inclusion and Belonging. At LinkedIn, Rosanna’s focus is on empowering all employees, members and customers to realize their full potential. With Rosanna’s leadership, LinkedIn continues to build a strong culture that values diversity, inclusion and creating a sense of belonging, for all of their employees.

In addition to her role at LinkedIn, Rosanna is an angel investor and advisor to startups that include Viridis Learning, Encantos Media, and Strive. She is also a former member of the Human Rights Campaign Business Advisory Council and served on the Board of Lambda Legal, where she provided expertise and counsel on LGBTQ workplace issues.. She has been recognized as one of the country’s leading professional Hispanic women and an influential mind in the diversity and inclusion space.

These Latinas represent a small but growing group of Latina executives. In a time where representation and diversity is crucial and Latino populations are on the rise, we need to see more Latina executives, leaders, and founders on the corporate level. Latinas can no longer be left behind in the boardroom.

5 Hotels and resorts in Latin America to visit on your next adventure!

5 Hotels and resorts in Latin America to visit on your next adventure!

Top social media trends for brands and small businesses in 2023