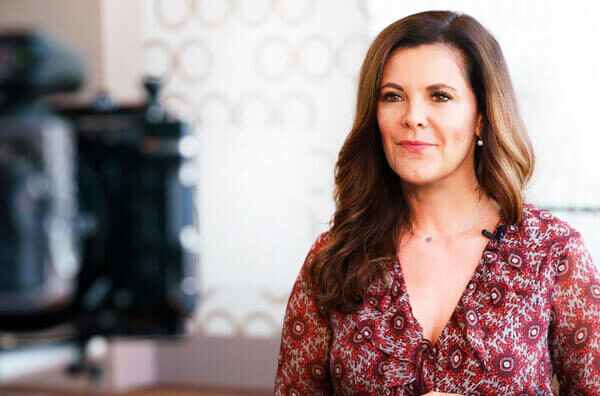 This Women’s History Month we want to celebrate Latina founders who are breaking barriers and defying stereotypes and biases in their industries.

Female founders, especially minority female founders, are more likely to face challenges and barriers, from simply starting their venture to securing capital and funding to grow their companies. In fact, according to an article by Forbes, only 2.6% of venture dollars went to minorities and 2.2% went to women in 2021.

These five Latina founders have defied the challenges and limits that often keep minority women from thriving. Their stories of success are an inspiration to any future Latina founder dreaming of starting their own venture, demonstrating that achieving success is possible and barriers can indeed be broken!

Audrey McKinley is the founder and CEO of Auto Network Consulting Inc. and MyAutoProtect.com. As a pioneer for women in the male-dominated Automotive Industry, Audrey began her journey overy 30 years ago, rising up the corporate ladder to become the Sales, Marketing, and Automotive expert she is today. Throughout her career she excelled as a contract administrator, car saleswoman, finance manager and director and developed Internet & Special Finance Departments in the early 2000’s.

As a previous account executive for one of the big three automotive manufacturer’s, Audrey launched dealerships with products, processes and F&I development and achieved Presidents club multiple times.

Today she is dedicated to bringing that same passion she did for herself to others. Audrey partners with dealerships as a trusted advisor, providing coaching and an array of products and knowledge. She is also a motivational speaker and empowers women by showing them how to take a leap of faith to find their purpose and pathway to success.

A first-generation Hispanic American, Patty learned the value of hard work from her mother, who built a successful cleaning business in California. At age 16, Patty entered the workforce with an entry-level clerical position and soon landed a job at a prominent mortgage company, where she would rise through the ranks to become assistant vice president. Finally, in 2003, she decided to take the leap and launch her own mortgage firm, which is now the largest Latina-owned private mortgage company in the nation, appearing on Inc. 5000’s list of Fastest Growing Companies in America seven times.

With a focus on diversity, inclusion, and equality, the company has created and fostered an inclusive workplace environment that respects and appreciates differences among employees. Additionally, Patty created the Latino Focus and New American Dream initiatives, which aim to increase lending to underserved and minority communities.

Kristen Sonday is the Co-Founder, Paladin, an innovative platform helping to narrow the justice gap. Paladin is passionate about creating a positive impact in the world and envisions a world where everyone has access to legal and other vital services. Paladin helps provide equal access to justice through an online network connecting and tracking pro-bono programs within corporations with clients who need their assistance. It is one centralized platform that can be used to staff, manage, and follow the impact of pro-bono work.

After graduating from Princeton, Kristen joined the U.S. Department of Justice, where she worked on international criminal affairs in Mexico and Central America. After the DOJ, she joined the founding team of Grouper (Y Combinator W’12), learning how to build startups and use technology to scale networks. These experiences motivated her to create Paladin. After witnessing the complexities of the U.S. justice system, she wanted to create a platform that would help the country’s most vulnerable find the resources and aid they need to seek justice.

Kristen is a Fellow for Stanford’s Latino Entrepreneur Leaders Program, and a Google for Entrepreneurs Code2040 Entrepreneur-in-Residence. She is also a 2017 ABA Woman in Tech to Watch as a result of her access to justice work through Paladin.

Ariel Lopez is the founder of Knac, a recruiting software that uses AI to screen job applications. As a former tech recruiter turned career coach and now entrepreneur, Ariel is deeply passionate about the future of work and making the job search more humane. With over a decade of recruiting experience, Ariel has worked with thousands of marketing, advertising, and tech professionals to help them grow in their careers and find opportunities.

Ariel created Knac to aid job recruiters and also increase diversity in hiring by using data to remove bias in the application process.

Knac launched in 2019 with a beta version and Ariel later joined the Acceleprise accelerator, which helped further transform the company. The startup has since received around $500,000 investments, including funding from Google for Startups Black Founders Fund.

Cat Perez is the Co-Founder HealthSherpa, a platform that helps customers attain quality healthcare coverage. In 2013, Cat participated in a Hackathon competition with an idea for an opportunity to build a user-friendly HealthCare.gov for iOS. She ended up winning first place, with a million-dollar prize. This idea would eventually become HealthSherpa.

As a member of the LGBTQ+ community and daughter to Puerto Rican and Korean parents, Cat prioritizes diversity, inclusion, and equality in her company and focuses on aiding diverse communities find equitable healthcare access.

Cat credited her parents’ strong work ethic for much of her success in an “It Gets Better” article. “Both of them were constantly making bets, pushing themselves, and finding an opportunity or an opening whenever they could — lessons I certainly took to heart.”

Since 2014, HealthSherpa has over 1.4 million people enrolled in health coverage.