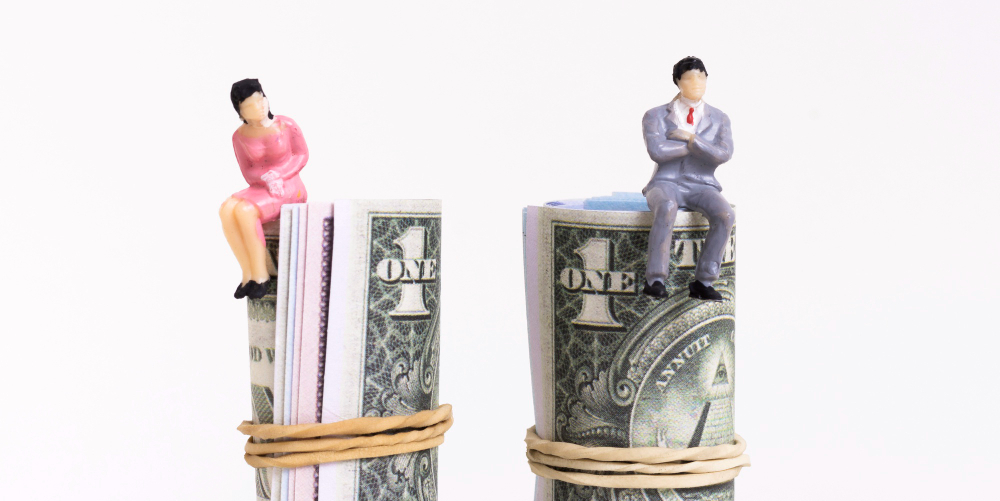 The NYC Salary Transparency Bill has been signed into law, a significant victory for workers’ rights and economic equality.

On January 15, 2022, NYC took another step toward economic equality when NYC Int. 1208 became law. This law now requires all employers to include the minimum and maximum salaries in job postings for any position located within NYC. Under the NYC Salary Transparency law, it will now be an unlawful discriminatory practice not to include the salary range on job postings.

This win marks another success in PowHerNY’s Equal Pay Campaign to address and close the gender and racial wage gap that has robbed workers and families of wages and perpetuated cycles of poverty and economic insecurity.

Gender and racial discrimination in worker salaries have prevented many women and minority groups from advancing in their careers and attaining economic security. Currently, women of color in NYC—including Latinas—still earn between 55 and 65 cents compared to white, non-Hispanic men. The anti-discriminatory policy of the NYC Salary Transparency law aims to address this gender and racial wage gap that continues to persist today.

“Changing the culture at so many workplaces, New York City’s salary range disclosure law will make sure that workers benefit from greater transparency when it comes to wages and benefits,” Assemblywoman Latoya Joyner (D-Bronx, 77th AD), chair of the Assembly Labor Committee said. “When employers provide much-needed clarity to pay structures and make that information available to employees and job seekers, companies are encouraged to update antiquated practices that have led to patterns of wage discrimination.”

The law, sponsored by outgoing Councilmember Helen Rosenthal, which takes effect in 120 days, will provide job seekers with the information needed to negotiate fairer salaries and help businesses efficiently hire and retain the best talent that matches their needs. In the current tight job market, this new law positions New York City as a leader in an equitable recovery from the Covid-19 pandemic.

“This new law brings women one step closer to reaching pay equity in their search for employment,” said CWA Local 1180 President Gloria Middleton. “Women traditionally have accepted jobs for far lower salaries than men because they did not know how to value their worth during a job interview. By requiring job postings to include both the minimum and maximum salaries, women will no longer have to sell themselves short to get a job; they will be on a level playing field with men.”

“This transformative law will minimize bias, maximize transparency, shift cultural norms and level the “paying” field,” said Beverly Neufeld, President of PowHer New York. “Because all workers across the state need and deserve this proactive solution to ending wage discrimination.”

PowHerNY advocates and vows to fight for continued reforms, including an NYS Salary Range law, to combat historic disparities in opportunities and pay.

PowHerNY is an inclusive statewide network of individuals and organizations committed to accelerating and securing economic equality for all New York women.

PowHerNY aims to amplify the efforts already in full swing around New York State, like the Time to Care campaign and the Women’s Equality Agenda, and take the lead on issues where good work needs to be done. They are committed to informing the community in real-time through social media, sharing resources, opportunities, and conversations with leaders.

Focusing on key areas for advancement and equality, PowHer stands for:

Representation at all Tables

What you can do now to help further equal pay efforts

Interested in getting involved with PowHerNY to help further the cause for economic equality?