Día de los Muertos (Day of the Dead) is a two-day festival characterized by traditional costumes, parades, food, music and dance. The holiday originated from Mesoamerican roots and later came to incorporate European religion and Spanish culture. Celebrated throughout the Latino community with strong ties to Mexican culture, Día de los Muertos is a time where families celebrate their deceased relatives and honor their memories.

According to tradition, it is believed that from October 31 – November 2, the border between the spirit world and the real world dissolves allowing the souls of the dead to awaken and return to the living world to feast, drink, dance and play music with their loved ones. Family members treat the deceased as honored guests, leaving offerings such as food at gravesites or on ofrendas in the family’s home.

The holiday is often known for its colorful displays and iconic symbols, such as the calacas (skeletons) and calaveras (skulls). 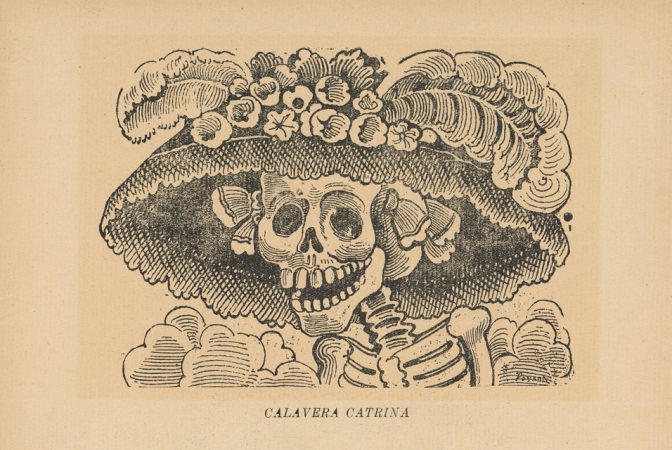 The most well-known symbol of the holiday is perhaps, La Calavera Catrina, or Elegant Skull. Created by 20th century printer and cartoonist, José Guadalupe Posada, the image features a female skeleton adorned with makeup and dressed in fancy clothes. Originally created as a statement about Mexicans adopting European fashions over their own heritage and traditions, La Calavera Catrina was later adopted as one of the most popular Día de los Muertos symbols.

Art and culture weave together to celebrate and honor the dead

Art has been a tool to express and celebrate culture and identity for centuries. For many Latina artists, it is a way to share their unique experiences, explore themes of identity, protest against injustice, and honor traditions.

Carina Yepez is a Mexican-American artist and educator who works with photography and textiles to explore themes on migration, honoring ancestors and identity. Native to Chicago, Illinois with roots from Guanajuato, Mexico she is dedicated to exploring the patterns of matriarchy and the experience of Chicago migrants. 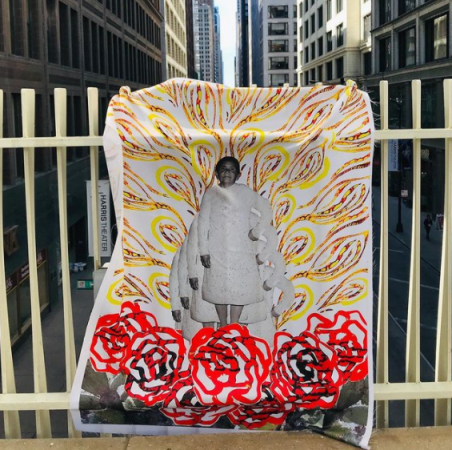 Carina’s textile work honors generations of women who taught her how to sew. From a rural small town in Mexico to the bustling city of Chicago, she learned the craft from the women in her life. She learned sewing techniques first from her grandmother and mother. Then, while working at a fabric ship and participating in a local sewing co-op, Puntadas del Alma (Stitches of the Soul), Carina continued to strengthen her craft.

Her creative practice weaves together mediums such as  photography, quilting, writing, art education, storytelling and archiving to create stunning and thought-provoking pieces of art that celebrate and honor her Mexican-American identity. 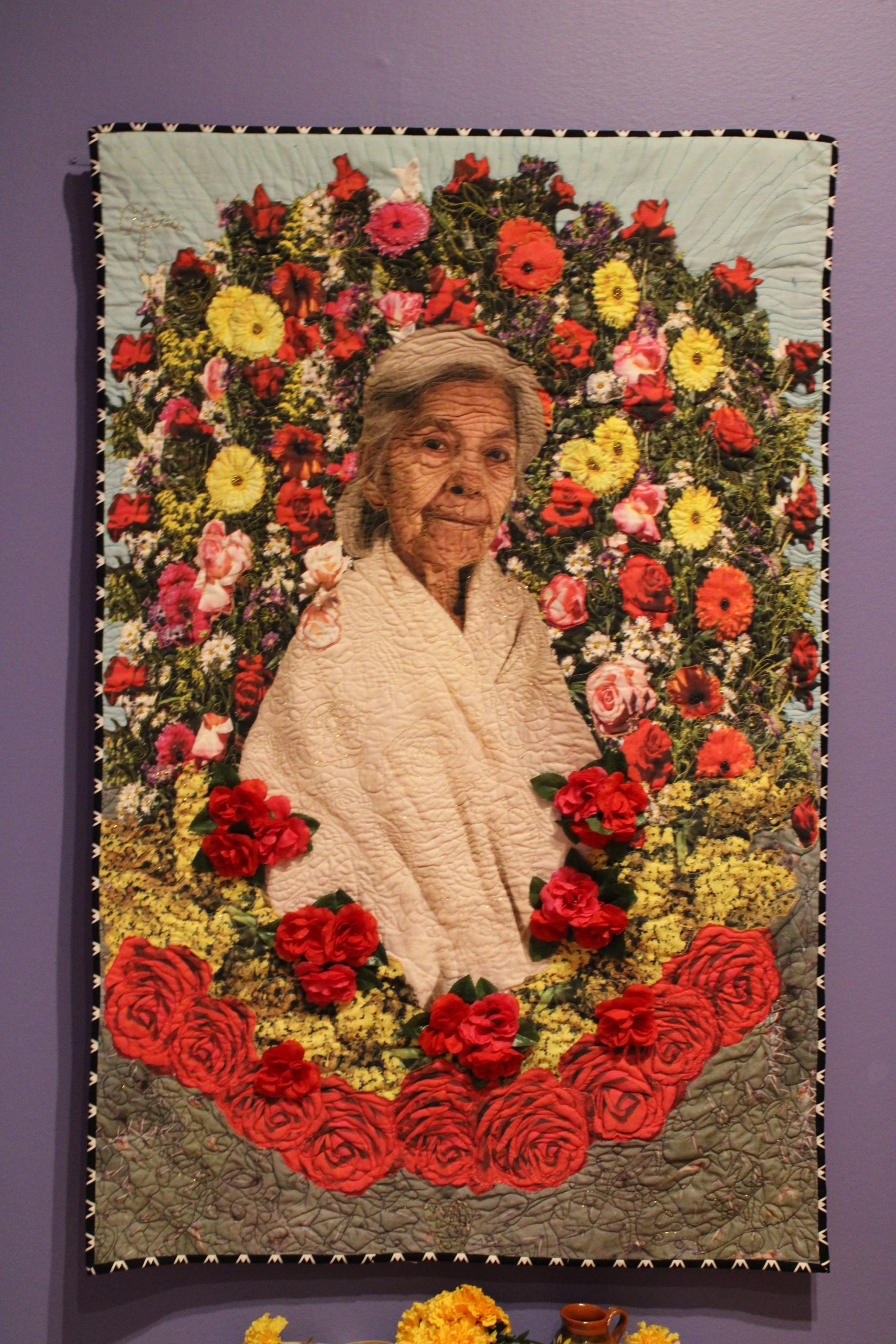 Part of the National Mexican art Museum of Chicago’s Day of the Dead exhibit, this quilt celebrates the life of Ofelia Lara.

Recently, Carina made a quilt to celebrate the life of a good friend who passed away. The quilt is part of the National Mexican Art Museum of Chicago’s Day of the Dead exhibit, which honors and remembers COVID-19 victims.

The quilt is an homage to Ofelia Lara, whose family could not grieve together during the pandemic. Carina, along with Ofelia’s daughter, Maria Herrera  made the quilt together to celebrate Ofelia’s life.

In an article by ABC 7 Chicago, Carina said she hopes the exhibit will be a comfort to all who see it.

“I want them to feel a big hug, a big hug that our ancestors are with us,” she said. “The legacy that has passed on to us continues through the stories we share.”

The beautiful and vibrant art piece is a perfect representation of Día de los Muertos. Surrounded by colorful flowers, Carina’s friend shines. This quilt  is a reminder of life, celebration, remembrance, and all the qualities of today’s holiday.

Día de los Muertos celebrates rather than mourns. It is a time honoring and remembering the lives of those we loved. The holiday attracts attention for its vibrant and colorful symbols and art. For many, art is another way to honor and celebrate the dead. Pieces like Carina’s quilt to her friend bring joy to viewers and reminds us of the love and life of those who have passed on in our own lives.