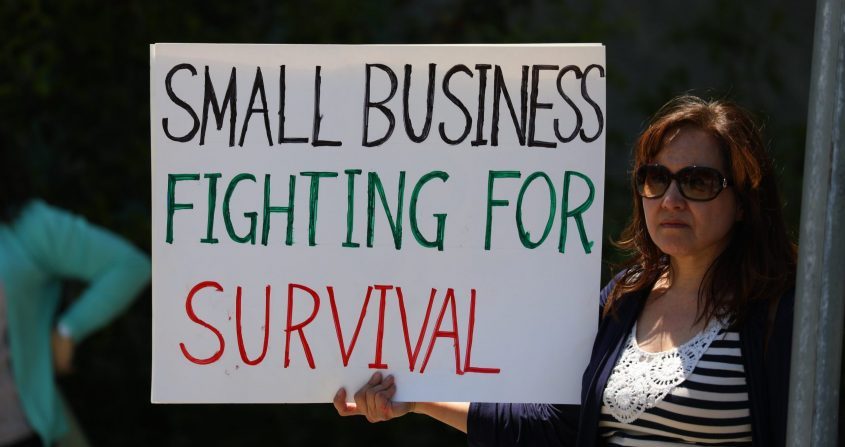 The report, published annually since 2014 by the Office of the New York City Comptroller Scott M. Stringer, evaluates the performance of the City’s MWBE program and makes recommendations for its improvement.

This year’s report for the 2021 fiscal year found that out of $30.4 billion in contracts awarded by the City in 2021, only $1.166 billion (3.8 percent) was awarded to MWBEs. Since 2015, the share of MWBEs receiving City dollars has never exceeded 22 percent. The 2021 report also examined the rollout of Chief Diversity Officers across the country, following an Executive Order that called for appointing Chief Diversity Officers within every New York City agency.

NYC receives “C-” overall, but fails in other areas

Based on the report’s findings, Comptroller Stringer announced that the City fell to a “C-” Grade for MWBE Spending in fiscal year 2021 after two consecutive passing “C” grades. However, the city failed in other areas earning a “D” with Hispanic American- and women-owned businesses, and an “F” with African American-owned businesses.

Recommendations for incoming administration to increase opportunities for MWBEs

As the current administration prepares to leave office, Comptroller Stringer puts forth recommendations to reduce barriers and increase opportunities for MWBEs and urges the next cohort of citywide leadership to prioritize diversity, equity, and inclusion within their first 100 days of office.

“Over the last eight years, my office has given voice to solutions from MWBEs directly on how the City can better connect them with opportunities, which has led to real change. But there is still room for significant improvement,” said Comptroller Stringer. “As this administration prepares to leave office, it is clear that the City, from the next Mayor and Comptroller to the next City Council, have abundant opportunities to address the systemic inequities experienced by communities of color especially as we continue to rebuild our economy amid the COVID-19 pandemic.”

The first step is for all incoming Citywide officials to appoint executive-level Chief Diversity Officers. Per the report’s recommendations, “the mayoral CDO should oversee the rollout of the City’s programs designed to increase diversity and inclusion within the City, and they should also play a role in the City’s Budget and should have oversight over agency Chief Diversity Officers to ensure a unified citywide inclusion effort.”

Next, City leaders should adopt the Rooney Rule to ensure diversity in their cabinets. The Rooney Rule, first adopted by the National Football League, requires that women and people of color are included in every future CEO search.

Additionally, the next Comptroller should conduct a racial equity audit of the City’s agencies. With the signing of President Biden’s Executive Order On Advancing Racial Equity and Support for Underserved Communities Through the Federal Government, all federal agencies have been mandated to perform an equity assessment to address systemic barriers erected by the government which have adversely impacted communities of color.

You might be interested: New America Alliance CEO Solange Brooks says, “Diversity is one of the elements of success”