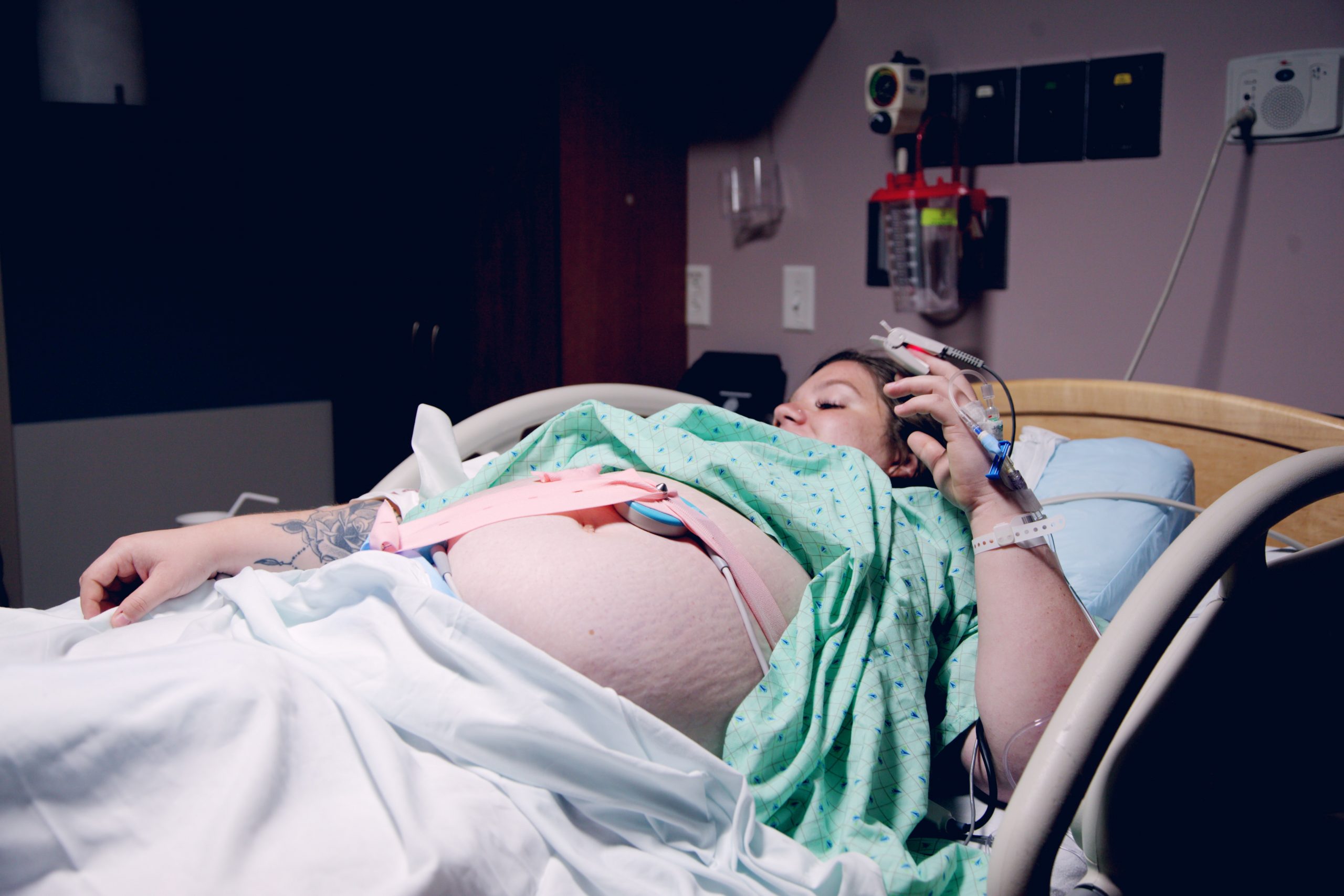 A dark reality is being tackled at its roots in New Jersey, a plan to eliminate racial disparities in maternal and infant mortality by 50 percent in the next five years. The announcement made by First Lady of NJ Tammy Snyder Murphy came on the heels of launching her new program Nurture NJ.

In an exclusive interview with the First Lady, we asked about her reaction to these alarming rates. “First of all, my husband and I became aware of this almost at the exact moment that he started his administration. And as a mother of four children, as parents of four children, he and I both agreed that this was unacceptable. And we needed to do something and I really wanted to try and help in this space,” Mrs. Murphy said.

And she continued, “My initial reaction was just sadness and an absolute inability to comprehend that this could be where we are in New Jersey, in a state that honestly is the medicine cabinet of America and has an incredibly strong healthcare system.”When it comes to health racial disparities and inequality in maternal and infant mortality, New Jersey is not alone. In fact, according to a recent report from the Commonwealth Fund, the U.S. as a country has nearly doubled the number of maternal deaths per 100,000 live births compared to other wealthy, developed nations.

The report goes on to show how a large number of maternal deaths occur after birth, some of them occurring shortly after birth or even months later due to a number of factors. Infection, severe bleeding, and high blood pressure are some of the leading causes of postpartum death in the U.S.

New Jersey is not alone in high maternal and infant mortality

The United States as a whole is in a very bad place on this issue. “We are, despite our tremendous advancements in our abilities, 55th in the world in maternal mortality. And yes, New Jersey is 47 out of 50 states, which is absolutely appalling.”

The reason why these disparities exist across the United States, she believes, and particularly in our state, is due to institutional racism. “It’s implicit bias. We all have our own biases; we bring them to the table no matter what we think. We have to break those down,” she stated.

Mrs. Murphy believes her advantage is to bring, from her platform, the level of understanding to more people across the state. Nothing has really been done from an institutional or governmental space. “There are some incredibly strong stakeholders, there are people who care passionately about this issue but nothing’s really has been done in this space, in a uniform way,” she said.

Pandora is out of the box

The challenge is to bring the expected outcomes in such a short period of time. With so many years of racial, social, and economic inequality buildup, the task seems monumental. Even in a state that is recognized as “wealthy” compared to other states in the Union, real impact on these health-related issues might present obstacles. Results not only depend on an improved healthcare system or a sustainable budget but also on the engagement of a very diverse population with its own political, cultural, and health beliefs and behaviors.

Mrs. Murphy has been working to decrease maternal and infant mortality for three years now, together with her team, and going all around New Jersey. They have engaged with mothers, doulas, midwives, health systems, and insurance providers, and all the stakeholders who are involved… And that has literally put people together both from inside as well as outside the government, she assures.

“I also will tell you: this is a challenge, but we can make something really special out of this. Our new president, President Biden and Vice-President Harris said from the outset, that racial inequities must be solved, we cannot have this anymore. It’s a problem across our country. We’ve all seen that. And perhaps maybe the silver lining in the pandemic is that even though some of us understood that, and we’ve been talking about it for a while, there is no question that Pandora is now out of the box. It’s going to be impossible for anybody to say that there are no racial inequities. We can all work on this together,” she assured.

What stakeholders have to say about Nurture NJ

“First Lady Tammy Murphy and her Nurture NJ initiative are incredibly important in calling attention to the need for each of us to support Mothers of color and ensure that their children enjoy healthy and hopeful beginnings,” said Gloria Aftanski, Chief Professional Officer at United Way of Central Jersey.

“For the past 16 years, United Way of Central Jersey has been the implementing organization for the evidence-based Nurse-Family Partnership program in Middlesex and Somerset Counties. We have witnessed firsthand the disparities experienced by mothers of color as well as mothers with limited English proficiency.  Their stories are both tragic and inexcusable: the death of a one-year-old because a medical professional did not verify that the mother understood the directions provided, the growing number of new families living in abject poverty while neighbors thrive, unaware of how to access available assistance from community organizations and government, the stress of not earning enough money to pay for rent, the lack of access to nutritious food, the absence of basic life skills to enable the family to thrive. United Way of Central Jersey commends Nurture NJ for expanding the availability of community-based programs to provide hard-working families throughout the entire state with the opportunity to lead a better life,” she added.

“The NAACP NJ State Conference applauds and stands with First Lady, Tammy Murphy, and the Nurture NJ Collaborative as it addresses this Black Maternal and Infant Crisis that affects many regardless to access or money,” said Vivian M. J. Darkes, NAACP NJ State Secretary and Health Chair. “It is time that we acknowledge this issue, and declare racism the social emergency that it is. We must join this collaborative in its quest to build racial equity infrastructure and capacity while engaging trusted voices within the communities, including people of color in the overall structure from the top to the bottom.”

“Women of color experience some of the highest rates of health inequalities due to societal, economic, and environmental factors that impact their health,” said Dr. Rahul Gupta, Chief Medical Officer and Senior Vice President, March of Dimes. “The Nurture NJ Strategic Plan will go a long way in tackling these social determinants of health, as well as the structural and systemic inequities that we see in our health care system. We’re honored to support this transformative and innovative approach to improving maternal health outcomes which has the potential to serve as a national model.”

How we all participate in Nurture NJ
“First thing I would like people to do is to take the pledge. The pledge will help us ensure that this plan is successful, we will make New Jersey the safest place in the United States to deliver and raise a baby. We’ll reduce our maternal mortality rates by 50%, over five years, and tackle the equity piece, which has never been done before,” Mrs. Murphy said.

And she continued, “Please join us and please help us make sure that New Jersey truly is the safest and most equitable place in the United States to deliver and raise a baby. That’s what we want to do. And that’s where we’re heading.”