Martin Luther King’s Day: Which “DREAM” is dying in America? 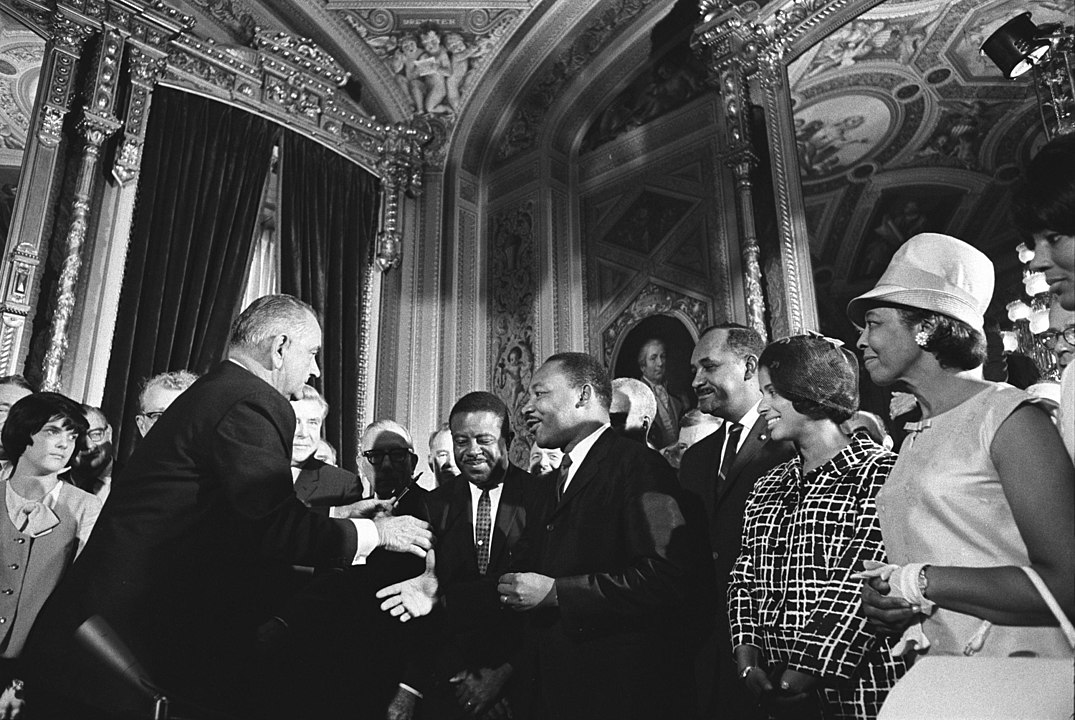 Today, Martin Luther King’s dream seems more unreachable than ever, and his aspirations for a more equal and inclusive society feels like a defeat in light of recent events in Washington DC. But is Dr. King’s Dream really the one that is dying?

Thirty years ago, we moved to the United States seeking stability and a promise that our individual efforts would pay off to a better life for me and my children. We were tired of years of turmoil and unrest, violence and submission to anti-democratic regimes that took away our willingness to fulfill our dreams. We painfully left our family and friends believing that it was the right decision for our family.

When we decided to try the American Dream instead, little we knew that in the United States, the American Dream works if you meet certain conditions. The famous words of the Preamble of the Declaration of Independence “that all men are created equal, that they are endowed by their Creator with certain unalienable rights, that among these are Life, Liberty and the Pursuit of happiness” only works if you are white, or rich or educated in America -and even those conditions don’t work in all cases.

“When the architects of our republic wrote the magnificent words of the Constitution and the Declaration of Independence, they were signing a promissory note to which every American was to fall heir. This note was a promise that all men – yes, black men as well as white men – would be guaranteed the unalienable rights of life, liberty and the pursuit of happiness.

“It is obvious today that America has defaulted on this promissory note insofar as her citizens of color are concerned. Instead of honoring this sacred obligation, America has given the Negro people a bad check, a check which has come back marked insufficient funds. Martin Luther King’s Speech “I Have a Dream”

After all those years of sacrifice, and working tirelessly to get ahead as immigrants and Latinos, we saw in dismay the assault to the Capitol by thousands of angry Americans who firmly believe there has been an attack to “their” democracy and voting rights.

It felt unreal. And then again, it was not.

Moreover, over 74 million people in this country voted for a President that has been the epitome of deceit and discrimination, enraging large portions of the population into believing that they have been left behind.

An they have been left behind, not by one party or by one government.

They are being left behind by history, and by economic forces that care little about their well-being. Donald Trump is just a messenger, a great marketer who was able to pack those pain points in the most successful branding campaign in the political history of this country.

Being left behind by history, the loss of the “White American Dream”

The U.S. population is becoming more racially and ethnically diverse, in numbers and its behavior. Minorities have reached new records in history. Latinos have now become the first majority minority, interracial marriage and births have grown at a fast pace -especially among post-Millennial generations-, immigration is now growing at a higher pace in the second and third generation of  the US born than from those coming from abroad, and women and minorities are flooding into a college education.

Americans have mixed views about how the country might change when minorities make up a majority of the population. Not everybody thinks it will be best for the country or for themselves.

“We must forever conduct our struggle on the high plane of dignity and discipline. We must not allow our creative protest to degenerate into physical violence. Again and again, we must rise to the majestic heights of meeting physical force with soul force. The marvelous new militancy which has engulfed the Negro community must not lead us to a distrust of all white people, for many of our white brothers, as evidenced by their presence here today, have come to realize that their destiny is tied up with our destiny.” Martin Luther King’s Speech “I Have a Dream”

And social media has opened a window of opportunity for the country -and the world- to see how we as Americans behave in different circumstances. We cannot hold truth to our values of freedom and democracy, the “White American Dream”-which has certainly justified one too many interventions in foreign countries-;  we cannot judge other governments as anti-democratic or anti-human rights regimes when we show and brag on social media our darkest behavior in police brutality and assault to the nation’s site of government during an electoral process procedure.

Lastly, the archetypical American messages of “freedom” and “justice” have always been paired with “at any cost,” or “it’s not free,” or “by your own hands.”

From Westerns movies in the past to today’s normalization of injustice on popular crime TV series and the media, Americans are bombarded with messages that poison their minds into believing that “if it’s on TV, it must be true.”

The vivid power of images engages the brain in perceiving a “parallel reality” that might not even exist in the real world -a human brain feature that has been used by storytellers since the dawn of times. The brain has limited processing resources and relies on filtering mechanisms that process some external events at the expense of others. Those filtering mechanisms… well, they are acquired in childhood and with our life experiences, which brings us to the topic of poverty.

Poverty and the economic forces behind the White American Dream

When you think “the poor,” or “poor people,” what image comes to mind? Men or women? White or Black of Hispanic? Old or young?

You probably do not think of yourself or your church’s friends, or even people who live down the block from you. Poverty is something that happens to people who do not work hard enough or do not save enough or they do not manage their finances in a reasonable way.

And then the pandemic hits and you lose your job or your business. You have some savings for maybe three months or have credit card debt or student debt because you thought an education will get you ahead.

Your rent or your mortgage payments fall behind, maybe your car payments or other lower priorities because your family needs food and heating and a connection to cable so the children can do home schooling.

You are now “officially poor.”

In 2018, the poverty threshold in the United States was defined at $25,000 or less for a four-person household earning but that means “abject poverty.” Main factors in being “officially poor” include place of birth and age, a person’s race, even their level of education and the role models they have seen at home.

Their health, family and their citizenship status are also big components of poverty in America, the so-called “richest country in the world,” which by 2019 had almost 11 million children living in poverty -and many were homeless.

“Most Americans fall into at least one of these conditions, while some might fit several. And while we might not think of ourselves as “poor people,” none of us are immune to poverty, now more than ever due to the pandemic and the economic crisis.

“It is obvious today that America has defaulted on this promissory note insofar as her citizens of color are concerned. Instead of honoring this sacred obligation, America has given the Negro people a bad check, a check which has come back marked insufficient funds.

From there to here, when the “White American Dream” started to die?

So, you start wondering why you have become poor while three percent of your American neighbors have grown super rich for the 10th year in a row. What are you doing wrong?

The economic disarray and vulnerability in which over 80% of the population in America lives today started in the eighties with the policies of “Reaganonics” that destroyed the American middle class, created the super wealthy, and paved the way for Trumpism, some economists agree.

After years of economic loss and feeling more vulnerable than ever, the American middle class is angry at everything and anything: immigrants, Blacks, China, you name it, Trump has brought it up. And fear brings the worst out in all of us -you flee or you fight.

Which brings us back to the recent events in DC on January 6.

How we mend a “sick social body”

Somehow, we have all created the enemy from within, even those of us who believe in civil rights, social rights, equity and equality. We have created the enemy from within, the inside censor that prevents us to speak freely. “You don’t talk about politics or religion in any social encounter,” was one of the first warnings I learned from American culture.

We have come to think of others as a “basket of deplorables,” or people who “worship Satan and traffic children for sex,” both sides dropping a number of despicable offenses to each other including verbal and physical bullying and threats.

This is not the country I moved in 30 years ago, and the country I want for my American born granddaughters. As we teach them about their Latino roots, our past and our origin, we also help them understand that communication is key in a world that is getting sicker with hate and blame every day.

Because the real fight is not on the streets but forever in our minds and in our hearts. The love for people and country sits with us at the kitchen table every night. It may sound simple and it may look unimportant, but each word that comes out of our mouths in front of our children has the power to impact their minds, and that is no little task.

“We have also come to his hallowed spot to remind America of the fierce urgency of now. This is no time to engage in the luxury of cooling off or to take the tranquilizing drug of gradualism.