The threat to women’s rights is of our own making 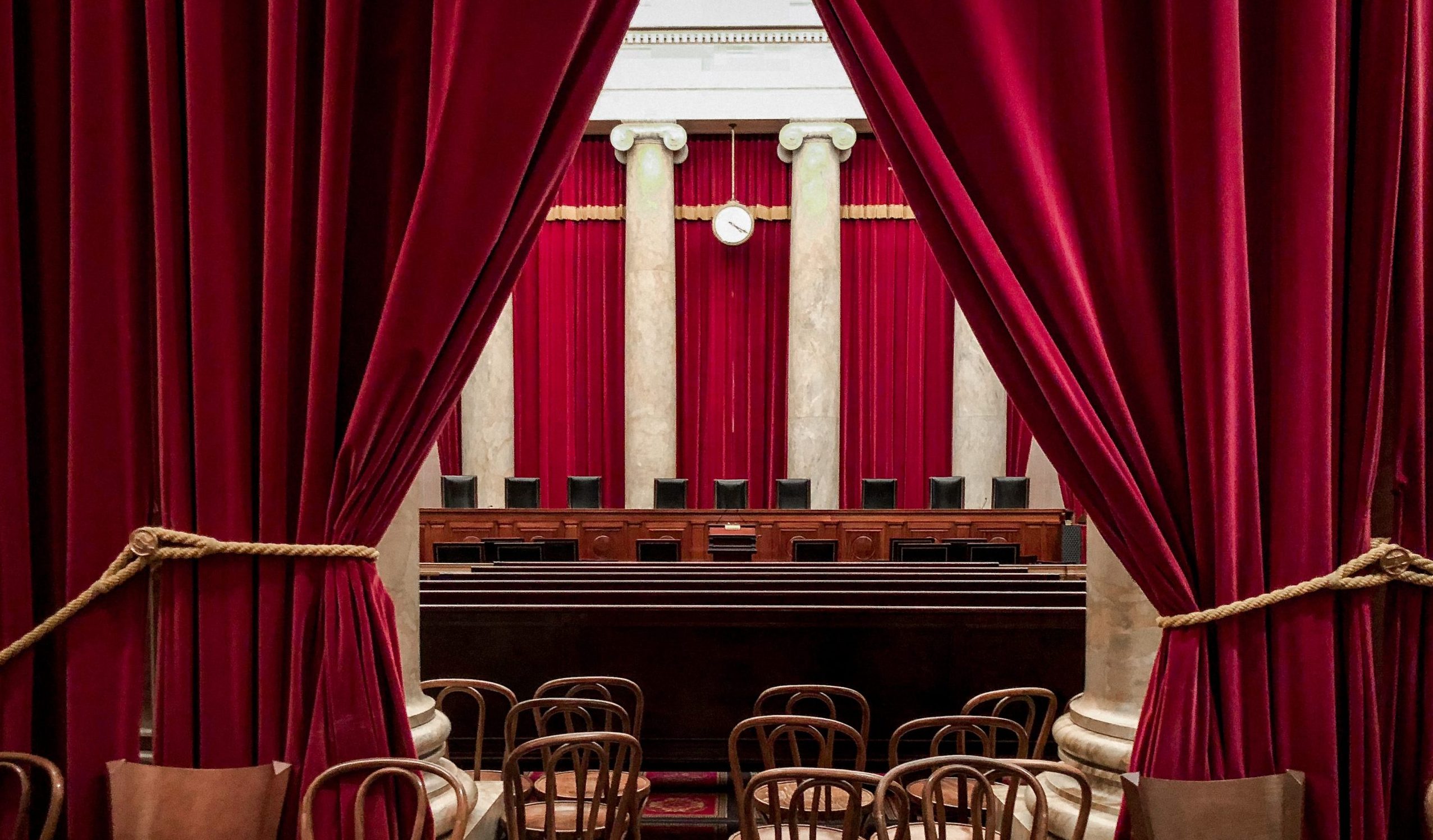 The queen is dead, long live the queen! The Republican Party promised a woman to the Supreme Court and they delivered. The Feminist Movement and the Women’s Rights Movement have been claiming for decades -or a century- that women need to take a seat at the table. And there she is, a woman sitting at the Highest Table in the country.

In 2016, I wrote an article that was not well received by some of my female friends and colleagues. It couldn’t be more appropriate today.

The article was on occasion of celebrating Women’s History Month and the running of a female candidate at the time, Mrs. Hillary Clinton. Briefly, I described my excitement for her nomination, and then, how little by little, she starting to fall down, in my perception, from her female leader’s pedestal.

I quote from that article:

“But there was a turning point in the campaign that really turned me off. And it was not even of Mrs. Clinton’s doing.

“Former secretary of state Madeleine Albright introduced Hillary Clinton at an event in New Hampshire, telling the crowd and voters in general: “There’s a special place in hell for women who don’t help each other!”

“Other similar expressions were slashed at Millennial females who are not heavily supporting Clinton’s campaign. Articles written across mainstream media continue to declare in her favor, “what young women may not fully appreciate…”

“And Hillary Clinton has said nothing: shame on her.

“In my understanding, there is a basic change in the feminist paradigm that the Clinton campaign “may not fully appreciate.” Nowadays, women’s rights are no less and no more important that the rights of millions who are suffering discrimination for religious, sexual orientation, political convictions or race, origin or ethnicity, poverty and lack of opportunity.

“Clinton’s “feminism” -and that of her circle- represents the White climbing middle-class, well-off woman fighting her way up in the hierarchies. For sure, her ideas do not represent me, a Latino immigrant who struggled for many years to find opportunities for my family in this country, or many other women from all walks of life and of diverse backgrounds fighting for their identities, their families, their jobs, and their communities.”

I wonder what Mrs. Albright has to say now…And if she will end up in hell.

When President Obama asked his White House counsel, Kathryn Ruemmler, to set up lunch with Justice Ginsburg -at the time 80 years old, the Supreme Court’s oldest member and a two-time cancer patient- he was not the only one who had attempted to ask her to retire in order to secure a Democratic nomination.

A similar effort was done by Senator Patrick Leahy, a Vermont Democrat, then the Judiciary Committee chairman, which had failed. Justice Ginsburg opted to stay put in her position as Supreme Court Justice.

As much valuable as her presence in the Supreme Court was for women’s rights, there is a time in our lives when we need to have vision beyond our own egos. I am not taking anything away from Justice Ginsburg, her years of influence in gender equality and women’s rights, the brilliance of her mind, and the fact that she also fought her way up to sit at the Big Table. Her life is an example of persistence and conviction, and that is not the matter for discussion.

However, her refusal to resign was a missed opportunity at a time when ensuring nomination of someone with similar values was crucial. Her decision has now jeopardized her whole life and career’s dedication to the same matter she cared so much about: women’s rights and gender equality.

One step forward, two steps back… and here we are again dancing to the tune of the same music.

Women at the center of Christianity, the lesser role

Christianity has always placed women in a lesser role, representing sin, suffering and sacrifice; obedient to their male counterpart -father or husband-, who is obedient to the Savior Jesus Christ, and who in turn responds to God, represented as a male figure for centuries.

That feeling of being “lesser than” has created a number of behaviors in politics and the corporate environment, and theories in the realm of self-help.

Particularly in politics and the corporate environment, women feel obligated to do more to get less, and forced to adopt male leadership “skills” or behaviors to be considered as a potential candidate for a job.

I remember one popular sound bite against Hillary Clinton’s campaign was if “SHE could be the Commander in Chief.” The pronoun didn’t particularly refer to Clinton but to any woman in that position.

The “imposter syndrome,” a theory that has raved in social media and professional networks, especially among women in the corporate ladder, is another example of this constant reminder that we are less in so many ways. And women will sacrifice everything and anything to achieve what in reality is just gracefully given to us, a little window of opportunity that we have to convert into the glass wall corner office by stepping onto each other’s heads.

Although we celebrate -and I do- every women’s accomplishment, and progress has been seen, the needle moved slowly in the last decade.

What is really at stake, gender or power?

The article I wrote four years ago continues:

“The concentration of power and money that has occurred in our country –and the world- in the last two decades has changed the game so dramatically that at present, the biggest impact shows in the clash between the powerful and the weak, the “haves” and the “have nots.”

“Poor women, women of color, lesbian women, women with non-Christian religious beliefs, immigrant women, refugee women, women with no access to education or opportunities are not a set apart but an integral element of this larger, massive group of Americans that is falling behind in every aspect of their humanness: People with no rights. That’s the battlefield where this fight needs to be fought –and won.”

Although much have been written and discussed on the media about this Supreme Court nomination, little has been said about where the real power sits inside the Judiciary. Through a recent  Boston Globe article and an Esquire article, I was reminded of Senator’s Sheldon Whitehouse denounce in 2019 about the dark power of The Federalist Society.

The latter article states, “Whitehouse used every one of his allotted 30 minutes to describe in detail the mechanisms by which conservative activists, fueled by the unlimited corporate money unleashed by Citizens United v. FEC, have fashioned to produce judicial nominees—and, ultimately, judges—on what in the last decade has looked very much like an ideological assembly line.”

While conservative media loudly continues to mislead people by calling real facts “fake news” and amplifying conspiracy theories, money keeps pouring to build this giant spiderweb of power that ensures that no matter who rules, Republicans or Democrats, the lower courts will always ensure that corporate rights and deregulation are being protected.

It will also ensure that the little progress achieved in the last 10 years through the Affordable Care Act, in reproductive rights, and marriage equality will now be possibly reversed, not to mention the downfall of #BlackLivesMatter, deportation and separation of immigrant families, and the failure to protect all Americans from the COVID-19 pandemic. All of these are ensured to stay in place, as the pockets of private jail owners, real estate developers, corporate farmers, big oil and pharma, healthcare, tech giants and gun manufacturers continue to fill up.

How do you kill the Red Dragon of Seven Heads?

In 50 years of advocacy for the “have nots,” in my country of birth and now here in the US, I have celebrated many victories and cried many more defeats.

The “red dragon of seven heads” described in the Book of Revelations* seems to keep coming back for more, and I wish I had a straight answer. But in my lifetime, I have seen surprising moments just when all seemed lost, and despair abounded. Moments when you almost believed there was justice and there was hope.

And you pick yourself up for one more fight, like this one we have in front of us on November 3rd.

Because it is not about how many times you fall down; it’s the one more time you get up and keep going that counts.

It is important that a woman sits at the table. However, more important is that her ideas represent us all. Her gender should only be the icing on the cake.

By Susana G Baumann, citizen of the United States of America, in my own personal name.

13 The dragon[b] stood on the shore of the sea. And I saw a beast coming out of the sea. It had ten horns and seven heads, with ten crowns on its horns, and on each head a blasphemous name. 2 The beast I saw resembled a leopard, but had feet like those of a bear and a mouth like that of a lion. The dragon gave the beast his power and his throne and great authority. 3 One of the heads of the beast seemed to have had a fatal wound, but the fatal wound had been healed. The whole world was filled with wonder and followed the beast. 4 People worshiped the dragon because he had given authority to the beast, and they also worshiped the beast and asked, “Who is like the beast? Who can wage war against it?”

5 The beast was given a mouth to utter proud words and blasphemies and to exercise its authority for forty-two months. 6 It opened its mouth to blaspheme God, and to slander his name and his dwelling place and those who live in heaven. 7 It was given power to wage war against God’s holy people and to conquer them. And it was given authority over every tribe, people, language and nation. 8 All inhabitants of the earth will worship the beast—all whose names have not been written in the Lamb’s book of life, the Lamb who was slain from the creation of the world.[c]

9 Whoever has ears, let them hear.