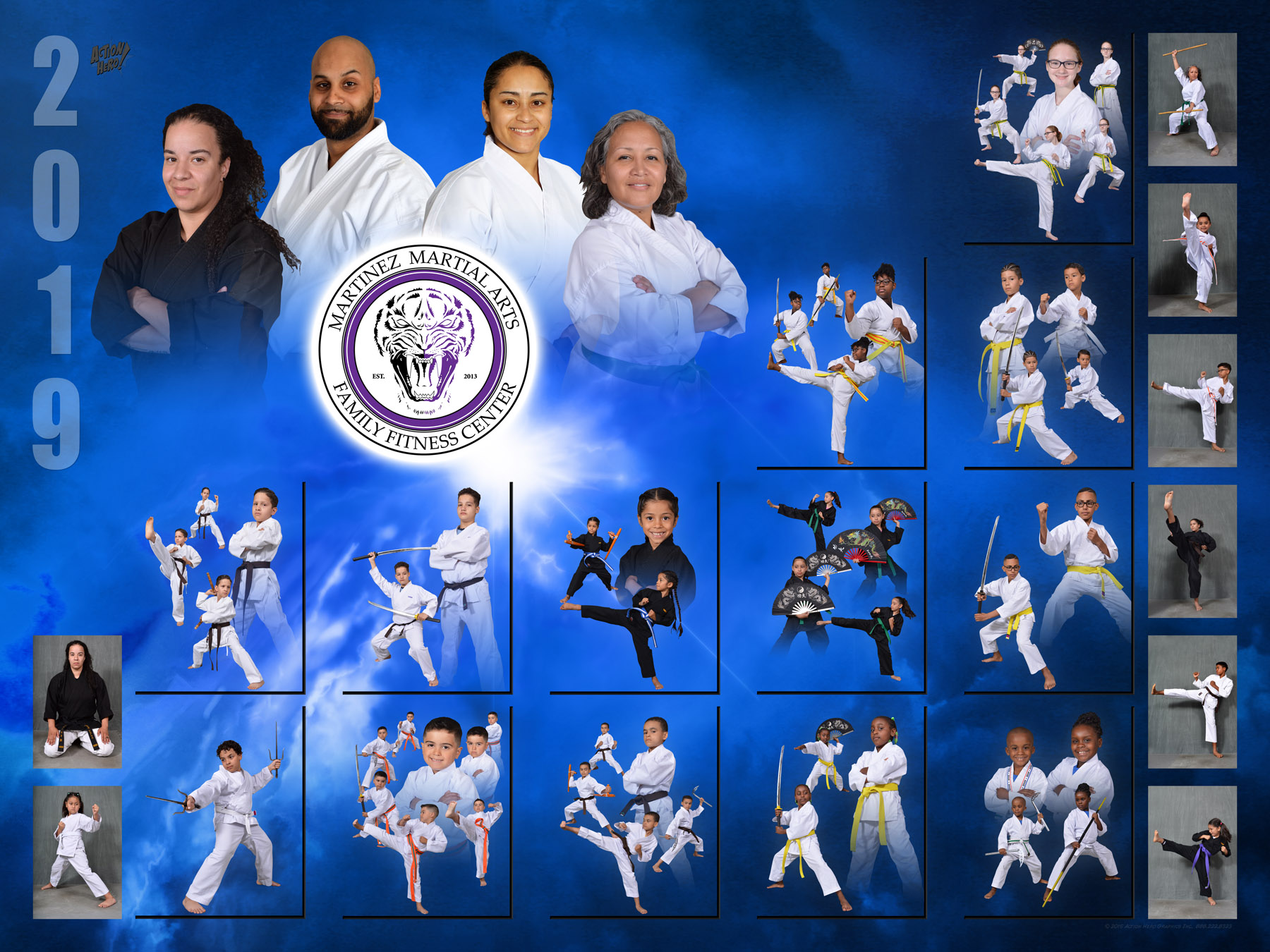 As the owner and founder of a martial arts studio, it is no surprise that Marieangelic loves karate, in fact it has been a life-long passion, starting at the age of three.

Born and raised in Newark, New Jersey to Puerto Rican parents, Marieangelic’s journey into the world of martial arts began with a diagnosis: epilepsy. Her pediatrician suggested she be put in a sport. Unfortunately, there were not many options at the time for young girls. Searching for something, her mother looked to karate, where Marieangelic’s brother was already enrolled in a martial arts program. After speaking to the instructor, who would go on to become a great mentor to Marieangelic, she soon was enrolled in classes.

From then on karate became her life. She joined competitions, competing locally, regionally, and internationally earning nicknames such as “la salsera” and “yakuza.”

Participating in these competitions allowed her to travel the world and experience different cultures, traveling to countries such as Mexico, Canada, Austria, France, and Spain to name a few. In between competitions she worked toward her degree at Seton Hall University, where in 2009 she graduated with a major in psychology and a minor in criminal justice.

Then, a few years later in 2013, Marieangelic decided to start her own business, a place where she could share her passion for martial arts with others and teach them the sport she loved so much. And so Martinez Martial Arts and Family Fitness Center was born. Now located in Bloomfield NJ, the center primarily serves as a martial arts school offering classes to people all ages, though it also provides a variety of other programs such as summer camps, day camps, and fitness programs for adults.

FACING STIGMA IN THE INDUSTRY

However, despite her talent, knowledge, and accomplishments, being the 100% sole owner of a martial arts studio as a woman in a male dominated industry has not always been easy. Despite there being more women in martial arts now than ever before, there continues to be a stigma in the industry.

“I’ve tackled many uncomfortable situations with humor,” she says. She describes instances where a male client is asking for services and then when she asks to help him they say “I would like to speak to your husband” assuming she could not possibly be in charge.

In response, Marieangelic uses a little humor to ease the tension, while also asserting her authority in her business.

“Sometime’s I’ll say ‘Hold on let me get him in the office,’ close the door, open it and come out and say ‘My husband is not here but I, as the owner, can help you.’ This is usually an icebreaker,” says Marieangelic.

Aside from this stigma in the industry, her other biggest issue as a business owner has been finding a balance between work and life.

“I used to stress so much about work/life balance,” she says. “Being a mom of four while running a business is not easy.”

Marieangelic shares her top three strengths for success as a business owner that have helped her thrive: perseverance, a willingness to learn, and letting it flow. This last one is how she has been able to reduce stress in her life and find balance.

By adopting a fluid attitude toward the unpredictable aspects of life she has been able to find clarity, realizing just how much time she wasted do to stress instead of simply letting situations flow.

“Sometimes things don’t work out,” she says. “We must be able to let each part of the process flow and if it doesn’t work out we should let it go.”

This philosophy applies to all matters, both big and small, from business contracts to house work.

“If the house is a mess…let it be,” says Marieangelic. “If you didn’t finish your to-do list, then it wasn’t mean to get done.”

Allowing oneself to let go is not always easy. When the world is constantly demanding things get done, one often feels like they simply must do everything, and anything that does not happen seems like a failure hanging over one’s head, leading to constant stress. But that does not have to be the case. Letting go of what has past, what cannot be changed, or what simply is not worth the energy will help in the long run.

As Marieangelic says, “If we don’t let go, we won’t be able to see the better options that will open up in the future.”

“Part of the ability to persevere is to make up your mind that you are going to be successful,” she says. “I believe entrepreneurs and people fail because of this simple mindset switch. Sometimes when things get rough we turn the switch off and this is okay. But understanding that we can’t keep it off forever is to persevere.”

However, taking that leap of faith can be challenging, though it is very necessary in order to achieve one’s goals. Nothing will happen without initiative and perseverance toward a goal.

Marieangelic’s words of encouragement to her students and peers alike is to “DO IT. Do whatever it is that you are trying to achieve. Don’t wait, if you can do it today then there is no better day than that day.”

Just go for it, persevere, and let things flow.
[/av_textblock]