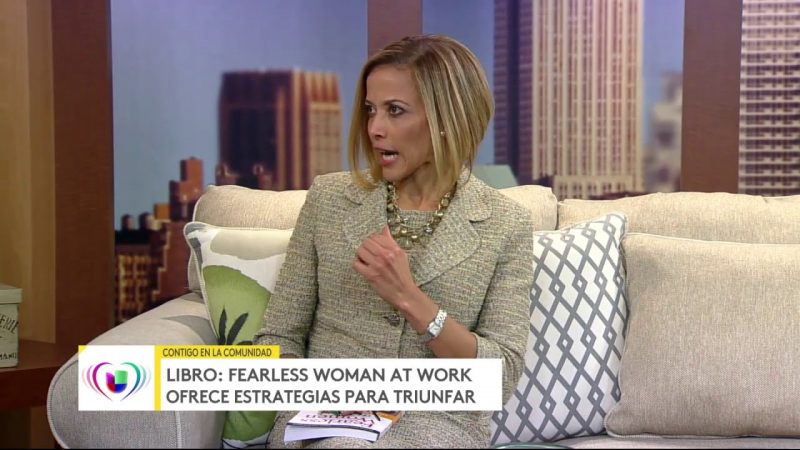 Dr. Ginny A. Baro is an international executive coach, motivational speaker, leadership expert, and CEO and founder of her executive coaching and career strategy companies ExecutiveBound and Fearless Women @ Work. Over her twenty-five years experience in corporate technology and financial services, Ginny has served in multiple leadership roles.

Using her extensive knowledge of the corporate world and her skills as an executive coach and mentor, Ginny is helping executives lead powerfully, intelligently, and with integrity in the “new workplace,” post the #METOO movement. 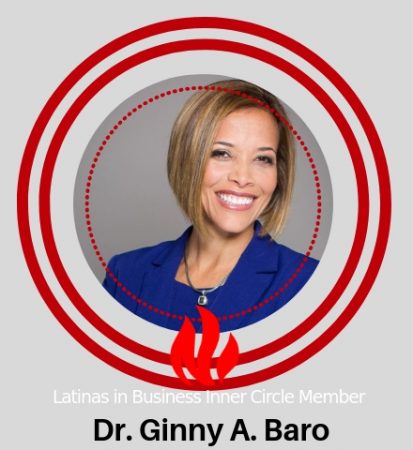 The workplace is currently at a transitional point, forced to evolve after the events of the #METOO movement which began in 2017. Since then there has been a tremendous push on those in positions of power to lead better and ensure a safe, productive work environment. Ginny has risen to this call to action and based her two companies around the goal of improving leadership and working environments.

“Leaders set the tone for an organization,” says Ginny. “They make or break a work culture, and they either engage employees or turn them off. However, many leaders often do not have the tools or necessary skills to successfully lead and manage in a new, complex era that demands talent diversity, inclusion, high engagement, collaboration, and faster, better solutions.”

After over two decades working in the corporate world, Ginny was very aware of the issues facing executives and leaders. She knew many of her colleagues faced workplace dissatisfaction. Many were miserable and dreaded going to work. Ginny became a confidant and mentor to these friends, colleagues, and fellow leaders.

“I noticed shenanigans that went on in the workplace, and how many great employees left a company because they had a manager who behaved horribly,” Ginny explained. “I gravitated towards wanting to find the solution and for years became a student of how to lead and build higher performing, engaging teams.”

As Ginny began her business, she drew upon extensive real-life corporate experiences to build solutions that address the issues her peers and teams faced daily. The main three primary challenges she found where:

Having identified these key issues, Ginny began building approaches to tackle these challenges head-on, first by working with individual leaders as a professional mentor and executive coach, and second by partnering with organizations that would prioritize addressing these challenges.

The road to entrepreneurship

Ginny became a Certified Professional Coach in 2015, and in 2017 she launched her business Fearless Women @ Work and also published the Amazon #1 Bestseller Fearless Women at Work: Five Powerful Strategies to Thrive in Your Career and Life! .

The following year she launched her second company, ExecutiveBound, an executive coaching firm which focuses on helping executives to develop their leadership teams.

“Everything seemed to happen so fast, one success after another, but the road to entrepreneurship was far from straightforward,” she said to LatinasinBusiness.us

Ginny formally began her journey to entrepreneurship in late 2016 when unforeseeable circumstances led her to reconsider her career. After over two decades working in the corporate world, Ginny decided it was time for something new. Re-evaluating what was most important in her life she quickly realized the three things she valued most were the well-being of her son, peace of mind, and her health.

“At the time my commute to the metro NYC job market required over three hours a day from Sussex County, NJ,” Ginny explains. “The combination of a long commute and a desire for flexibility to meet the needs of my growing son pushed me to get creative.”

And get creative she did. She reflected on all that she had experienced and learned in her own leadership roles and realized she wanted to help other women navigate the leadership world as an executive coach and mentor.

A big believer in coaches, mentors, and the power of networking, Ginny sought out those very people in her own life to help and support her.

“Like many new business owners, I had to figure out everything from scratch—from identifying my ideal client, ideal lead generation, closing the sale, marketing, PR, business digitization, operational implementation, every aspect of it, and so on.”

Instead of trying to do it all herself, Ginny reached out to those who had the expertise and could teach her something new. She hired a business coach to help her learn how to run a business. She hired book coaches who taught her how to write her book in only six months, get it published, and turn it into a bestseller. Leaning on others to guide and teach her was an invaluable asset and true to her own goals of wanting to help others as an executive coach herself. No one person can know it all, but together they can learn from and inspire each other toward greater potential.

“We are creating a community of leaders united by our commitment to uncover choices and possibilities. I encourage authenticity and integrity—I do what I say and live what I advocate,” says Ginny. “My cultural background encompasses a strong work ethic and a sense of elevating others along the way. ‘Una mano lava la otra.—One hand washes the other.’”

The help of others made the journey less stressful, but there were still some challenges: finances and securing clients. At first Ginny struggled with learning how to identify and consistently reach her target market.

“As an entrepreneur, knowing where your next client is coming from and creating a healthy sales funnel to generate potential client leads is imperative. That has been the toughest aspect of running the business thus far.”

Ginny has found that networking with fellow LinkedIn and other professional groups, live and virtual, has been incredibly helpful. And the more she has contemplated the question of her ideal client she has discovered the answer is herself.

“I realized I was my ideal client,” says Ginny, “a leader who wanted to do right by my employees, while also dealing with the shortcomings and challenges women, especially women of color face advancing in their careers.”

On the issue of finances, Ginny was lucky that she had considerable savings to work from, which not every small business has when starting out. These savings were able to sustain her and her son while she got her business off the ground. She was also able to finance all the training she received from professional coaches. However she still ended her first year in the red after all these expenses. This was a setback but not unexpected. Still, the experiences and insight she gained in that first year were invaluable.

“I learned in only one year more than I could have imagined while establishing a healthy business model from which to continue to grow.”

Growing up in a small village in the Dominican Republic, Ginny saw a lot of sadness and despair –from physical abuse to emotional abuse and dis-empowerment. She saw that the people around her lived in survival mode–women did not have access to education and suffered along with their children. Growing up in this environment  inspired her to become educated and to rise beyond these early experiences while still recognizing the value and lessons they taught her.

At the age of fourteen she came to the U.S. and since then has actualized her life dream of becoming a successful professional woman and leader. Now she is inspiring future women to do the same.

Sharing some words of advice to future entrepreneurs, Ginny believes in first and foremost to be prepared.

“Learn all you can about your field. Connect with others in that area and get informed. Network, read books, watch videos, biographies. Speak with real people who have done it and get their perspective—notice the pros and the cons and go into it with eyes wide-open,” she shared.

“Second, trust your gut. Believe in yourself and your abilities. Trust you have the emotional, mental, and spiritual resources to deliver. Finally, find the joy.  Focus on your definition of success, the impact you want to have, and how you want to feel in this world. Consider what brings you joy, what matters to you, and how to leverage your marketable skills,” she advises.

For Ginny, her joy comes from helping others. In her work as an executive coach and mentor, Ginny has had the opportunity to transform the lives of many individuals, especially women. This she feels is the “ultimate success.”

“The ultimate success in anything we do goes hand in hand with building great relationships and contributing to others who need our support and expertise,” says Ginny. “To me, nothing feels better than helping others. As you help them, you learn about yourself, and you play your part in making this blip of a lifetime count. As I remind myself, remember that you’re supported by the universe and the universal energy that is love.

One thought on “Changing leadership after #METOO a conversation with executive coach Dr. Ginny Baro”