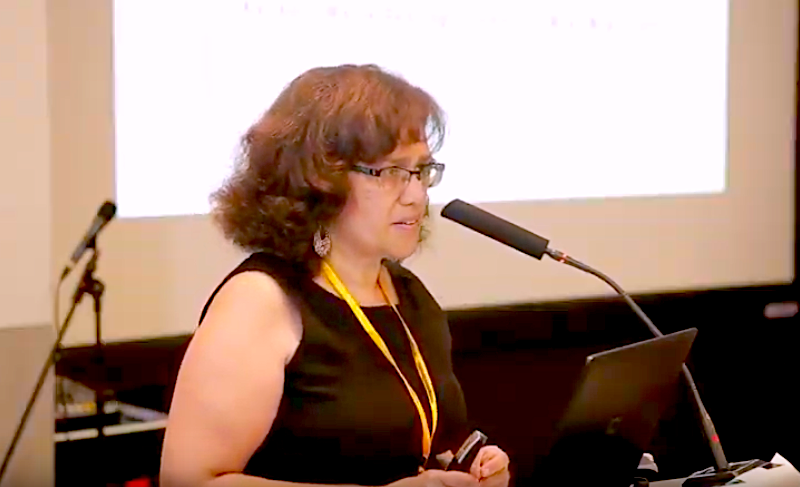 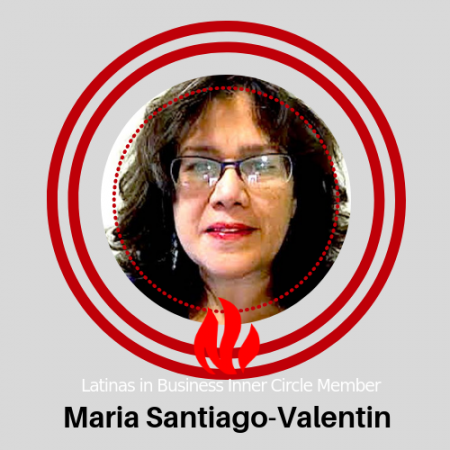 Maria Santiago-Valentin is a fierce activist and educator who has used her platform to advocate for classroom inclusion and the environment. A passionate, energetic and creative educator with over twenty-five years of experience in her field, she has taught in Puerto Rico, Connecticut, and New Jersey, and has been recognized for her achievements nationally and internationally.

“Education is a crucial foundation for our youth. Now more than ever we need quality education to help younger generations pave the way toward better futures for our society,” said Maria Santiago-Valentin, one of the many great educators who are fighting for education and advocating for our youth. One of the founding members of CURE  — Community United for the Renaissance in Education– a bilingual parent advocacy group working to improve the educational system in New London, Connecticut and an educator for over twenty-five years, Maria has dedicated her life to the pursuit of knowledge.

“Education is a lifelong experience,” she shares with Latinas In Business. “To achieve success one must acknowledge that they do not know everything.  We need to update our skills and open ourselves to other cultures, to opposition, to failure and strive for classroom inclusion to see what we need to work on internally to be where we want to be in order to have an impact in our field.”

Maria has lived by this motto all her life as one can see by looking at her extensive list of degrees and certifications. Living in Puerto Rico she studied Language, Literature, and Translation in English, Spanish, and French. In 1991 she began her career as an ESL teacher in Puerto Rico where she taught for several years. Later her love of language lead her to the United States where she pursued her second M.A. in French and Francophone Literature at the University of Connecticut which she completed in 2002.

Challenging herself to reach new heights, Maria sought to become a certified Learning Disabilities Consultant / Case Manager and now works at a public high school in New Jersey to help meet the learning needs of students who require extra attention and inclusion in the classroom.

And with several M.A.’s and certificates under her belt, it is only natural that Maria is now pursuing her Doctorate in Education, specializing in Reading, Literacy, and Assessment. The learning never stops!

“The message and principles we share with the future generations in our homes and our schools is what is going to bring changes and paradigm shifts in society,” says Maria.

This is the core message Maria imparts to others, especially the youth. “In order to advance, there must be continual knowledge and education both at school and in the home. Children must always be learning to become adults who will continue to learn and be open and tolerant to new experiences, cultures, and ideas. Our futures depend on our children, so we must equip them with the necessary tools for success, and that all begins with education,” she affirmed.

This educational foundation extends to all children regardless of their background or abilities. Always striving for acceptance and inclusion in the classroom, Maria has used her experiences as an educator and Learning Disabilities Consultant to write a book for educators on the topic of mental health. Her book Bipolar Disorder: Etiology and Treatment Overview: Mindfulness, Medication, Digital Psychiatry and Classroom Accommodations explores ways of approaching issues of mental illness in the classroom and how to accommodate for these students so that they may receive the proper attention and care. Maria works diligently as an educator to ensure that all students have the opportunity to receive a quality education as it is the foundation that they will build a lifetime of learning upon.

Her call to advocacy

During her years in Connecticut, Maria first became rigorously involved in the education advocacy community. Working at public schools in New London, Connecticut, Maria saw that there was much work that needed to be done to improve the quality of education. Two of her main areas of focus were to incorporate multilingual programs into schools’ curriculum and to fight for public school funding.

A staunch supporter of multilingual studies—being that she is fluent in Spanish, English and French— Maria has championed for multilingual programs in schools since her time teaching in the New London Public School District. With CURE, Maria helped support local public schools and bring awareness to multilingual studies by organizing a variety of events including parades to the public library, translated events, and community forums.

From 2004 – 2007 Maria also served as one of the plaintiffs of in the “Connecticut Coalition for Justice in Education Funding” which sought to ensure that adequate funding was being “distributed equitably based on student learning needs, fair measures of town wealth, and fidelity to the tax equalization principles underlying the ECS.”

In March of 2015, Maria’s advocacy work was honored with an award presented by the New Jersey Hispanic Newspaper Poder Latino USA, which commended her contributions to improving education in urban public schools and her advocacy and volunteer work in Connecticut and New Jersey.

Another issue close to Maria’s heart is protecting the environment. Anyone keeping up with current events will know that our environment is in dire need of help. Environmental crises such as the California wildfires, the increase in devastating hurricanes, and the deadly drops in temperature this winter have shown that our planet is crying out for help. Still the political world is full of debate and controversy over climate change, with deniers holding important positions in office. If education is to ensure that our youths have the knowledge to advocate for change, then environmentalism is to ensure that our youths will have a habitable planet to enact change upon.

Maria is just as passionate as an environmental activist as she has been for education advocacy. She has worked diligently with organizations and local legislation attending marches, representing projects such as the Climate Reality Project, and speaking publicly about critical issues. In 2016 she spoke alongside Assemblyman John McKeon about new bills passed by the New Jersey State legislature that would make critical steps towards helping the environment.

In 2017 Maria took her activism a step farther, founding the NJ Coalition for Climate Justice, an organization that works to bring together social justice movements with environmental movements. The organization has lead community events, marches, and provided aid to those in Puerto Rico affected by Hurricane Maria.

Currently Maria serves as Vice-Chair of the NJ Environmental Justice Committee and has worked for OFA (Obama for America/Organizing for Action) as a volunteer for 8 years. Through OFA Maria became a Climate Reality Project Leader, a role that has allowed her to be a mentor to a diverse group of individuals from Pennsylvania, Delaware, New York and New Jersey.

As a resilient Latina, Maria has persevered through all the challenges she’s faced over the years in her career. She has never let opposition get in her way of achieving her goals. Still when she came to the U.S. over twenty years ago, she struggled with an issue many immigrants face: she was self-conscious of her accent –despite being fluent in three languages! She worried about the biases people would have toward her when they heard her accent and this lead to an intense fear of public speaking.

She however did not let that fear stop her. “I faced bias, skepticism, and opposition,” she says, “but that did not scare me or make me shy away. That was the fuel that motivated me to continue to prove the skeptics that I was being underestimated.”

She has since made various major presentations at the Learning Disabilities Association of America NJ Chapter, the GSA Forum, and the NJEA Teacher’s Convention and will also be presenting at the NECTFL this year on a talk about Dyslexia and the Foreign Language learner.

Maria is filled with gratitude for all the experiences she’s had, both positive and negative for they have only made her stronger and more inspired to learn and grow. She hopes to continue to be an inspiration for others and to advocate for education and environmentalism, be a mindful and inclusive educator, and of course never stop learning.