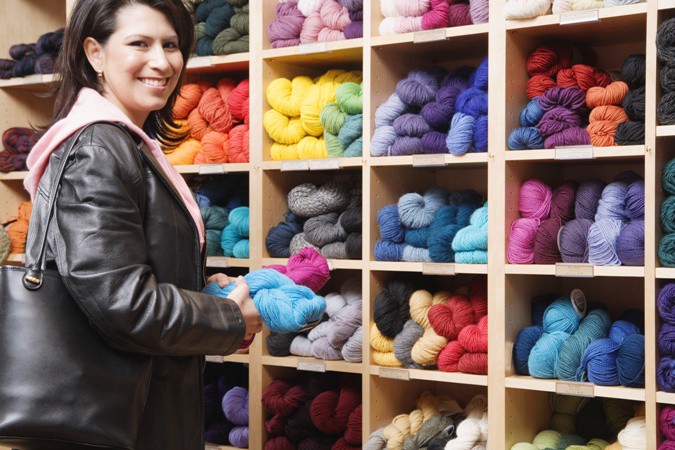 Despite the disadvantages Hispanic businesses face, they have outstripped small business growth’s national rates. However, they encounter barriers that other small business owners and entrepreneurs might find easy to overcome. Those barriers are related to low levels of education and literacy, especially in the financial literacy arena, lack of English language skills, and difficulties in navigating the financial system in the United States.

When I arrived in this country in 1990, I realized that this society was based on the power of literacy and the written language, a great disadvantage for a number of immigrants who come from countries where literacy is a luxury, or from areas where large indigenous populations speak native languages, many of which do not have a written format. They come from societies based on verbal or oral communication and solidarity networks. It is still a common practice for small businesses to keep their finances in a pen and paper fashion.

Americans are used to a highly functional literate society based on written communication in almost every aspect of their lives: school, media, business, banking, you name it. The rise and imperative use of technology leave many behind. Digital dexterity and knowledge are mandatory in any business environment wanting to compete in the real world.

Most foreign degrees are usually assessed by independent evaluators or academic institutions without certain equivalence. For instance, a six-year professional degree in an area of expertise, common in many Latin American universities, might be compared to an undergraduate degree in the United States.

Professional and entrepreneurial immigrants might have some advantages over their counterpart immigrant workers but only if they master the English language. Even so, they encounter difficulties in starting a new business until they get some degree of acculturation and understanding of the system’s mechanisms.

Being there, doing that

Carlos Quintana, a California community organizer that leads an organization called “Manos Unidos” –yes, this is not a typo- says he works with people from Mexico, Argentina, Peru and other countries who often are wary of applying for a grant, joining a chamber of commerce or volunteering for a city advisory commission because they have experience with corrupt agencies in their native countries.

Many, Quintana says, have the drive to start businesses but don’t understand the rules about taxes, accounting, and payroll. Also, he mentions the digital divide; Latinos are not using computers, which are a primary source of information. His organization, like many others throughout the country, can help them figure out planning and licensing requirements and can connect them with Spanish-speaking accountants and tax preparers.

However, the language divide is still a concern for many Latino business owners who would like to grow their businesses and find out about opportunities in state, federal or the private sector. The tricky part is to find a program designed for learning enough specific English business vocabulary to get by at a reasonable cost.  Specialized packages can go from $1500 and up, just to start. Some universities do offer continuing education short programs such as University of South Florida or Columbia University summer courses. However, these classes are too expensive and more suitable for corporate employees or international business students.

A report from the Ninth Federal Reserve District, which includes Minnesota, Montana, North and South Dakota, 26 counties in northwestern Wisconsin and the Upper Peninsula of Michigan, states that although they have seen an impressive growth in their Latino small businesses –among the six states in the Ninth Federal Reserve District, Minnesota had the highest percentage increase in revenues for Hispanic businesses, at 248 percent for the period 2002–2007–, they still lag behind national levels.

“The low average for gross receipts may be partly due to the average size of Hispanic-owned businesses. Many of them are microenterprises, or establishments with zero to just a few paid employees. But there are other factors besides size that keep Hispanic-owned businesses from reaching their potential.” Among others, the report mentioned causes such as having a fear of government and established institutions, a limited understanding of American business processes, and encountering a lack of culturally friendly or linguistically appropriate services at local institutions.

Likewise, they have detected “difficulties understanding and communicating with the state and city structures necessary for opening a business. Examples include the need for a federal and state tax ID, registration forms, and property taxes. Also, many Latino entrepreneurs have limited experience with effective business sustainability practices. Limited knowledge in fields like accounting, commercial bank accounts and credit history poses a major roadblock for businesses that would otherwise be of great contribution to Minnesota’s general economy.”

Unfortunately, I have not found many options other than maybe small initiatives at local community level dealing with these barriers, and I would love to hear from more of them. Latinos are very entrepreneurial; the wealth and employment potential they can bring to their communities should not be underestimated. Moreover, they should be taken as an unbeaten role model to be successful against all odds.