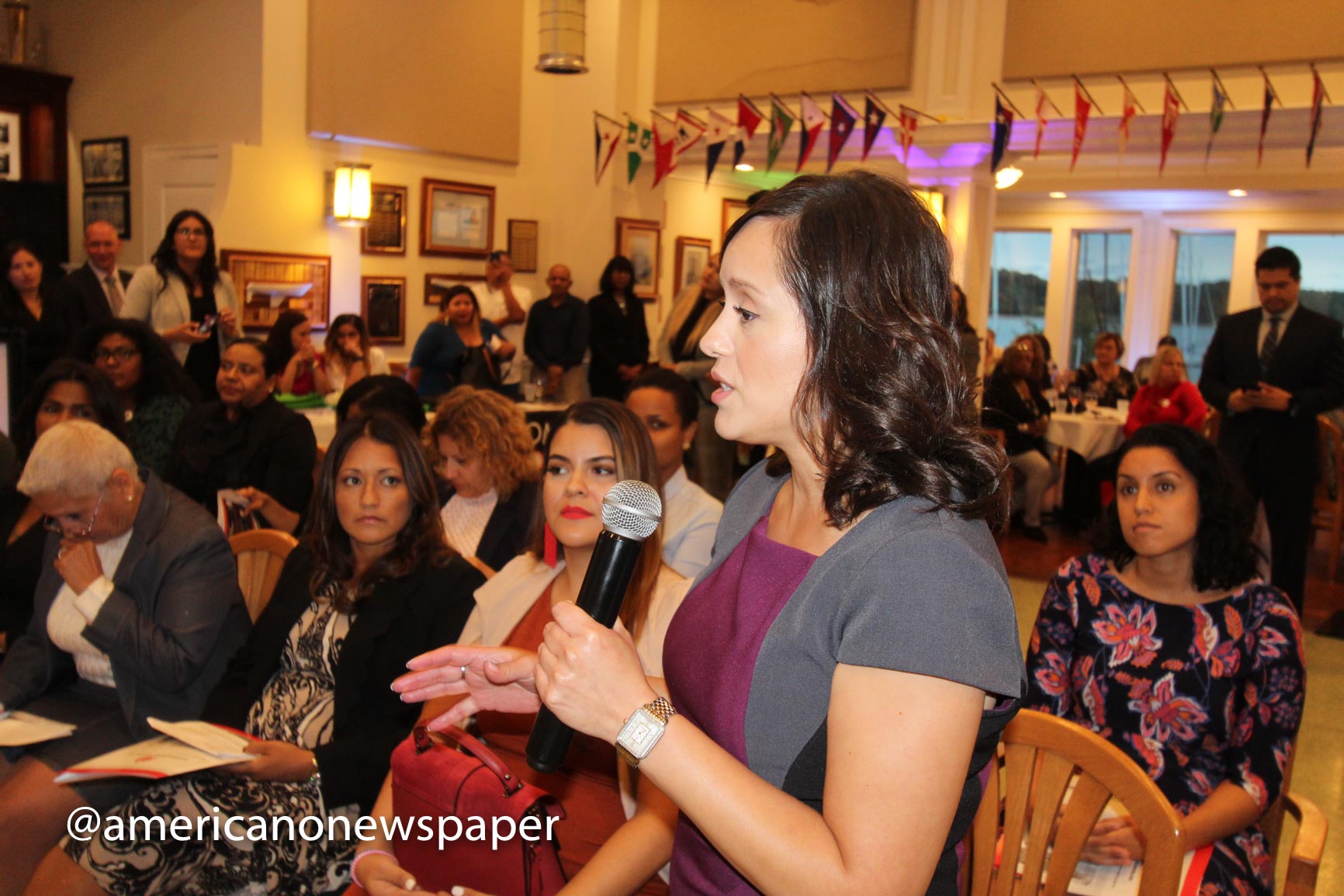 Economic growth for Latina entrepreneurs in the State of New Jersey was the topic of discussion between Lt Governor Sheila Oliver and members of Latinas in Business Inc. She was invited to participate in a Town Hall Latina Business Meeting, graciously hosted in the City of Perth Amboy by Mayor Wilda Diaz and the local Business Development District.

In her introduction, Susana G Baumann, President and CEO, Latinas in Business Inc. recalled, “Only 4 years ago, when I started this initiative to advocate for the economic empowerment of Latina entrepreneurs, little I imagined that today, in our 4th anniversary, we would be receiving the visit of one of the highest ranking members of the State of New Jersey, Lt. Governor Sheila Oliver.”

Baumann emphasized the importance of Latina entrepreneurs to “see and be seen.” “We need to ‘see’ those successful role models and mentors from whom we can learn but we also need to ‘be seen’ by decision-makers and influencers such as Lt Governor Oliver. We need them to hear our concerns and our needs so they can address them in programs and policies customized for Latinas and other minority entrepreneurs,” she said.

A large group of Latina entrepreneurs from around the state attended the event to ask questions of concern about the economic growth of their small businesses. Lt Governor Oliver responded with her vision as a member of the Murphy’s Administration; her knowledge as a former Speaker of the Assembly, having served in the Labor, Higher Education, Women and Children, Commerce and Economic Development, and Transportation and Independent Authorities committees; and her own experience as a business consultant in the past. 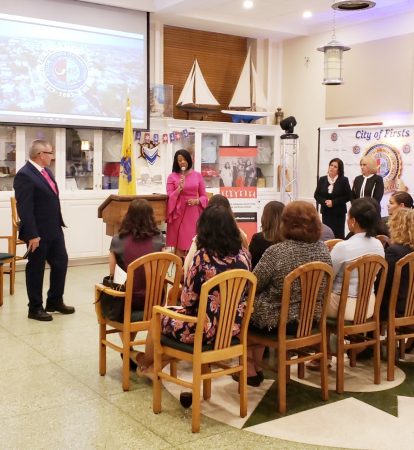 She recalled that years ago, she was in a business partnership with two male partners. One died two years after starting the business and the other moved away. She was left alone to build the business, “And it was not easy,” she said.

Questions from Latina entrepreneurs were related to the Minority Certification process, the announced minimum wage raise in the state, businesses that belong in the “informal economy,” the exploitation of illegal workers by industries that seek their hiring, and other related issues to economic growth and expanding small businesses opportunities.

Lt Governor Oliver approached each of the questions by mentioning an array of resources and information at her disposal. “Also, I have an ‘open-door’ policy so that any of you can access me and all the resources under my control,” she said. Oliver referred to her combined role as Lt Governor and Commissioner of the New Jersey Department of Community Affairs, a unique opportunity that allows her to combine an executive position with a hands-on involvement in all New Jersey municipalities.

Mayor Diaz was excited to host the event in Perth Amboy, a city with a large Business Development District. She is the only Mayor Latina of Puerto Rican descent in New Jersey re-elected for the third time. In 2008, she faced a difficult electoral process and came through with flying colors.

Diaz’s aggressive outreach and promotion of business advocacy can be seen in the development of the Perth Amboy Business Improvement District, helping businesses find new customers, assisting them with marketing products and services, connecting business owners with organizations that offer financing, and producing and presenting attractive special events and festivals.

“All these efforts could not be more aligned with the vision that Latinas in Business has for our members. Together, we can help them succeed by providing the ABC of success: ACCESS to opportunities and clients, BRANDING and promoting their businesses and CONNECTING them to decision-makers and influencers,” Baumann said.

The event was followed by a networking party with the presence of business leaders in the community including the Executive Director of the Middlesex Regional Chamber of Commerce Lina Llona, President-Elect Alana Cueto, MSN, RN, CNL, of the National Association of Hispanic Nurses; and Elayne McClaine, Regional Director, New Jersey Small Business Development Center at Rutgers New Brunswick; Elisa Charters, President of Latina Surge, and other authorities.

Bert Lopez, host and producer of the TV show Latino Motion was the MC for the evening.

Baumann also thanked the support of Investors Bank and Comcast Spotlight for sponsoring the event at the beautiful Raritan Yacht Club; and to Mayor Wilda Diaz’ team -Dianne Roman, Jeanette Rios and Junel Hutchinson- for the fantastic job they did in hosting the event.