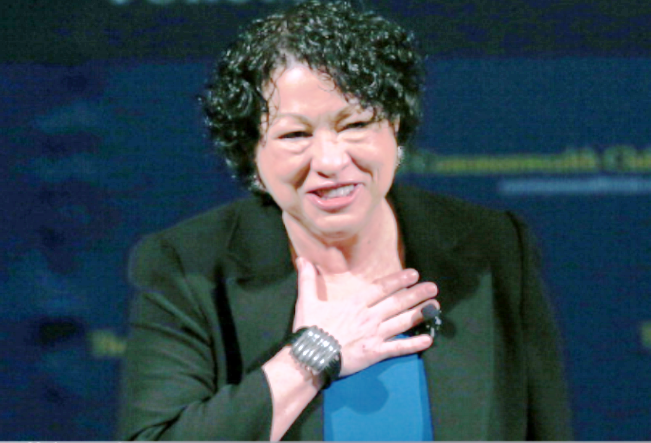 Women’s History Month represents the opportunity to honor Latinas who changed the world, together with others who have shaped America and the world’s history through their tireless commitment to ending discrimination against women and girls.

At LatinasinBusiness.us, we advocate for the Latina working woman throughout the year. However, to join in the effort of hundreds of organizations and thousands of women who celebrate, advocate and support the work of women around the world we will feature one Latina who changed the world every week in March.

Latinas who changed the world

When you think of Latino women in the world, artists or other celebrities might come to mind but few have had the ability to influence the future of women, at least in the United States, as Sonia Sotomayor.

Sotomayor, an American of Puerto Rican descent, is one of the US Supreme Court Justices. On 26 May 2009 President Barack Obama nominated her as Associate Justice of the Supreme Court of Justice of the Nation, and was confirmed by the Senate on 6 August 2009. Sotomayor also became the first Latina to reach this high office.

Her unlikely story of struggle and success would be an inspiration in itself, but Sotomayor has led her further to influence young people and adults to teach them that they can accomplish everything they dream for with enough persistence and endurance.

Her life and origins

From humble origins, Sotomayor was born in Brooklyn, New York, on 25 June 1954. The daughter of Puerto Rican parents, Juan and Celina Sotomayor immigrated to the United States and they had two children, Sonia and Juan.

As Sotomayor tells in her autobiography “My Beloved World,” Sonia lost her father at an early age and his mother worked hard to educate her two children. Sonia was married in 1967 with Kevin Edward Noonan and divorced  him seven years later without having children.

That same year she entered Law School at the University of Yale. She graduated Juris Doctor in 1979 and passed her bar as a lawyer in 1980.

Since she was confirmed as US Supreme Court Justice, Sotomayor has been instrumental in a number of cases, including gay marriage, and continues to leave her indelible mark in history as one of many Latinas who changed the world.