ALPFA Yvonne Garcia what is missing in female leadership? 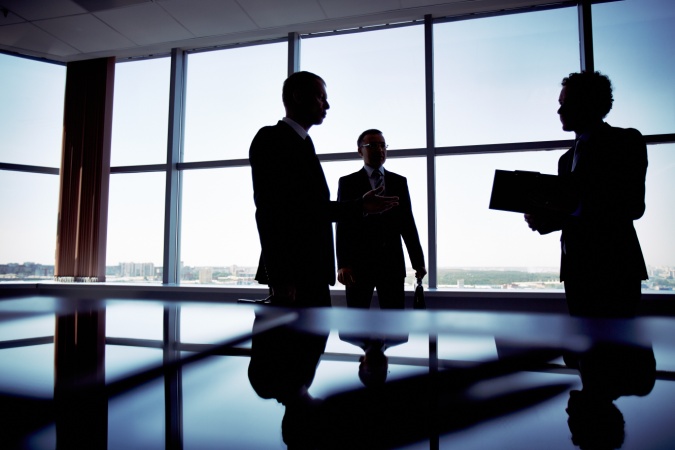 Do women have particular talents that might help them develop female leadership skills –more compassionate, innovative, team and community building oriented? In a very harsh business environment where companies are only interested in financial results, female leadership has been a struggle for women in general and Latinas in particular. So what are women missing in order to achieve positions of leadership?

About this significant topic, we interviewed once again Yvonne Garcia, SVP of Global Head of Client Solutions and PMO at State Street Corporation, and National Chairwoman, Association of Latino Professionals for America (ALPFA), to share some of her viewpoints in preparation for the Most Powerful Latinas Summit, co-sponsored by Fortune Magazine and ALPFA to take place in New York City.

Yvonne has risen to the higher ranks of leadership as both a global corporate leader and a national civic leader.

At State Street Corporation, she guides a high performing global team that provides end-to-end services for Fortune 100 companies in the financial sector by delivering superior service to clients and deploying cutting-edge technology and operational processes.

As the National Chairwoman of ALPFA, Yvonne has led the organization to increase ALPFA’s membership to a record high of almost 80,000 members since the first time we interviewed her in 2014.

“To answer this question, I think in terms of talents women have that help them become better adept at leading,” she told LatinasinBusiness.us. “For instance, women often perform with great creativity and inclusiveness because they tend to solicit broader opinions. These abilities are known to build more cohesive teams,” she stated.

Although generalizations are not always precise, Yvonne sustains that women excel at empowering staff because they encourage openness, and usually make themselves available to the people they manage.

“Experience shows that in a world where results are largely defined by motivated and cohesive teams rather than by products or brands, female leaders are very well equipped to encourage people to go the extra mile for achieving excellence,” she said. “Being open and accessible, and leveraging and celebrating differences –which defines strong skills at hiring and managing diverse teams–, and usually unafraid to ask for input, female leadership is gaining real momentum and presence,” she shared. 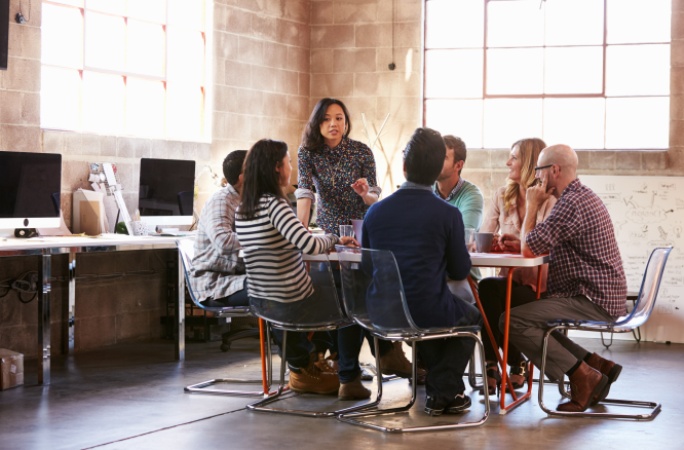 Still a controversial issue, studies tend to agree that these abilities, talents or skills seem to be largely the result of different neural connections in the male and female anatomy of the brain.

“These differences make women hardwired to be multi-taskers, something any mother or teacher could have told you. Most women excel in social skills and emotional intelligence, which I believe allows us to be creative and innovative; abilities all industries value because they are becoming more and more critical in achieving results,” she said.

In addition to their talents, natural abilities and skills, other conditions are beginning to support female leadership development. With more women in the workforce and slowly gaining access to middle management roles, it seems that society is definitely moving in the female direction.

“Women now earn more college and graduate degrees, and we make up more than half the workforce,” she added. “Although ‘in theory’ we are closing the gap in middle management –a pipeline to the C-suite –, the pay gap and the lack of a support system still continue to exist in large scale according to research,” she said. 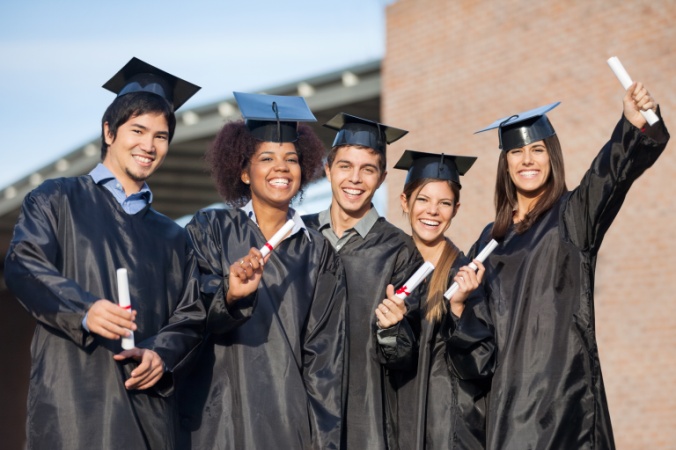 Women accounted for 47 percent of the labor force and 38 percent of all managerial positions in 2011 (BLS, 2011), and have made slow but steady progress in some levels of corporate leadership, with 16 percent of board seats of Fortune 500 companies being held by women –a 40 percent increase over 2000 (Catalyst, 2005, 2012), studies show.

“Companies that employ women in large numbers are showing greater increase in performance and profitability than their competitors on every measure,” Garcia affirmed.

Similarly, company boards with women are more profitable but the argument does not seem to support increase of female leadership. “This is ironic,” Garcia said, “because according to the Anita Borg Institute, ‘Fortune 500 companies that include the sustained representation of at least three women board directors significantly outperform those with no female directors,’” she shared.

So what is missing in female leadership?

“First and probably most important,” Garcia said, “is to get comfortable with risk. Women are taught from birth to be risk-averse, as I discussed at ALPFA’s National Convention two years ago in the Atlantic’s article on the confidence gap, ‘they approach work with a different mindset’ — one which values exactness, tight deadlines, and perfection of finish over experimentation and rough prototyping,” she shared with LatinasinBusiness.us

“Women shouldn’t be fighting for a place at work; they should be inventing, designing, prototyping, and coding a new idea of work—something not based on an out-dated belief about gender roles in society.”[1]

“Success, it turns out, correlates just as closely with confidence as it does with competence, as authors Kay and Shipman sustain. We need to have no doubt that we are more than good enough to lead; that we deserve the promotion and that we are as capable as our male counter parts,” Garcia affirmed. “We need to have no doubts about ourselves and make it a part of our being and that of our daughters and our staff and our networks,” she said.

“As managers, we need to emphasize this to our junior staff and help them gain the confidence to grow without penalty, as men have done for many years to their protégées who were not born with greater leadership abilities,” the ALPFA leader sustained.

“We should be encouraging men to also build a safe supportive environment and cultivate opportunities to develop confidence, the ability to fail without major consequences, as well as the mentoring that creates the habits of success,” she continued.

“Women are going to need to create a similar support system for themselves as they have provided for men. Men have generally been afforded the largely unencumbered ability to focus on work and experiment at the cutting edge of innovation. This includes school, work and creation of critical networks,” Garcia explained.

However, she warns women that this decision can come with a price – a new normal. Taking the lead at work and accepting the assignments may require long hours, travel or relocation; financially, women choose more of a breadwinner role and perhaps accept being less of a caretaker or child bearer.

“We need to build and better define our own version of gender roles. As partners we need not to make it an ‘either or’ situation, but this balance does require a new paradigm – a new normal, “she sustained. “It also requires a candid conversation with your family, including children if you are a parent – an understanding of the value this brings to the lives of all involved.”

Women need to be sponsors for each other!

“I always say there is enough room at the top for all of us! Let’s help each other rise together! Too often, you see women behave as if they are in competition with each other. Bring your team with you. Open doors for others. Incorporate into your individual success the success of other Latinas and women, and lead with a social perspective in your sphere of influence. We are certainly stronger together!” Garcia affirmed.

5. Educate men and help them be part of the cause:

“Men can champion side by side with women to dismantle the cultural and institutional barriers to female success,” Garcia said. “Many men are in the position to open the door for women, and can help us create a new paradigm that will benefit everyone. I believe this will bridge the real confidence gap,” Garcia said. “I personally have benefited from many great male mentors and champions and am a stronger professional and leader as a result.”

What is in Latinas’ future then?

“The great news for Latinas is that many of these researchers took into account how strong-willed, hardworking and purpose-driven women are,” Garcia shared. “Especially Latinas; we manage crisis and change very well, and are turnaround experts,” she sustained.

“To become more confident, women need to stop over analyzing things so much and just act. As a parent, there was never that ‘perfect’ time to have a child. I see many things in life the same way. We will always find an excuse as to why we can’t or shouldn’t take that next step. If we channel our talent for hard work and leverage our innate drive, we can wire our brains differently. What neuroscientists call plasticity, we call HOPE!” the global leader concluded.