No country for Latinos and the American Dream 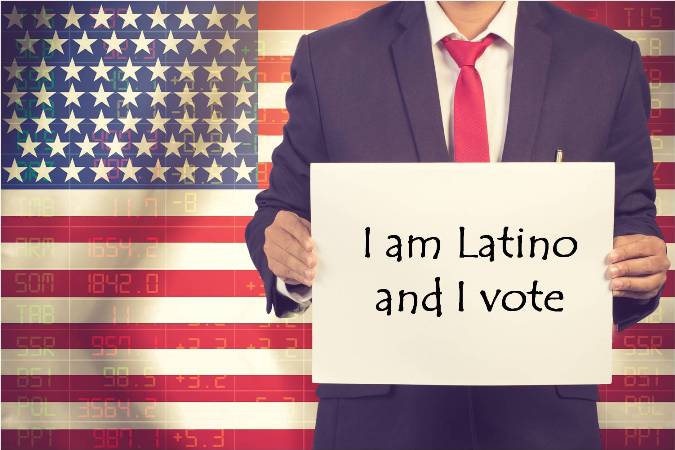 More than any other ethnic group, Latinos remain optimistic about their lives in America and the country’s future. They have not given up on the American Dream, the main reason being the success stories they hear about Latinos who made it. These stories continually inspire present and future generations of Latinos from all walks of life.

No one can argue that Latinos have it tough in America. Statistics reveal that they are at the low-end of the economic ladder in the nation. Yet one feature little appreciated of Latinos is their tenacity to succeed.

So where does it all begin for Latinos and the American Dream?

A universal theme among many Latinos is the struggle they faced upon arrival in the United States. Most of them lived in poor areas of the country and took up low-paying jobs that were available.

Many did not even had proper immigration papers and even those who did, might not have understood that they had labor rights in this land. Latinos generally do jobs no one else wants.

You may be interested: Food for thought Latino workers abused at poultry farms

For the most part, first generation of Latino immigrants have endured almost every type of difficulty that is humanely possible. Despite these hardships, Latinos strongly believe that in order to succeed, they must educate their children so they can achieve what they have not. And it is this undying devotion to their children that have allowed Latinos to see success among the present generations.

A recent National Survey of Latinos conducted by the Pew Research Center revealed that even when the current recession was at its peak, Hispanics had extreme faith in the American Dream that far exceeded that of African-Americans and White Americans. Eternally optimistic, Latinos get up each day and hope for the sunshine.

What has changed for Latinos?

Amid all the poverty and discrimination they suffer, more than 50 million Hispanics are now exercising their unprecedented political force to get their voices heard. Without a Latino vote, no political party can win the presidential election- that is how strong their voice has become.

“Arturo Vargas, executive director of the National Association of Elected and Appointed Officials, projects 13.1 million Hispanics will vote nationwide in 2016, compared to 11.2 million in 2012 and 9.7 million in 2008,” according to The Hill.

Still, only about half of documented immigrants have applied for citizenship and are able to vote. And, in the last four elections, only about 48 percent of Latinos eligible to vote show up at the polls, according to Fox News Latinos.

Is the Latinos and the American Dream story a true story?

All over the country, we now hear of Latinos achieving positions that would have been almost impossible to imagine just a decade or two ago. As a group, they are slowly moving up the social and economic ladder- being present in almost every sector of society now where their presence counts. And the majority of Latino parents believe their children are much better off than they were just a decade ago.

You may be interested: SCOTUS Justice Sotomayor Leadership Award from Hispanic Heritage Foundation

However, despite this large numbers of Latinos and their success stories, we cannot escape reality. A report conducted by The Washington Post and the University of Virginia’s Miller Center showed that the average Latino family makes nearly $20,000 less than an average American family.

Although with small increments, Hispanic homeownership is still low at 46 percent, and many work two or three menial jobs to make ends meet. They still remain financially insecure and their median household wealth is low compared to other groups. Less than 15 percent of Latinos end up with a college degree compared with 31 percent of all Americans.

Upward mobility has come for a few Latinos but the majority continues to struggle. The upbeat attitude is mainly because as they start at a very low step of the ladder, any gain is seen as a big accomplishment. Just having children going to an American school is considered a major achievement even if there is a dire situation at home. White Americans, on the other hand, expect more from the system.

How far apart are Latinos and the American Dream?

Latinos and the American Dream are still far apart. While poverty and school dropout rates have improved, being Latino is still seen as a stigma in certain parts of the country.

They have been played by both political parties with promises that have never been fulfilled such as comprehensive immigration reform and decrease in deportation and family separation.

Protected by government oversight, American corporations continue to exploit undocumented workers with low wages and a system of disguised “modern slavery” that would be unacceptable for any American worker.

With the upcoming presidential elections, pervasive discrimination against Latinos –and other immigrant groups– has surged in our society.

More than ever Latinos need to play their role in American society to counter balance the negative narrative that has been agitated by extreme political groups. It is now up to us to show up at the voting polls, once and for all to determine our own destiny.

2 thoughts on “No country for Latinos and the American Dream”