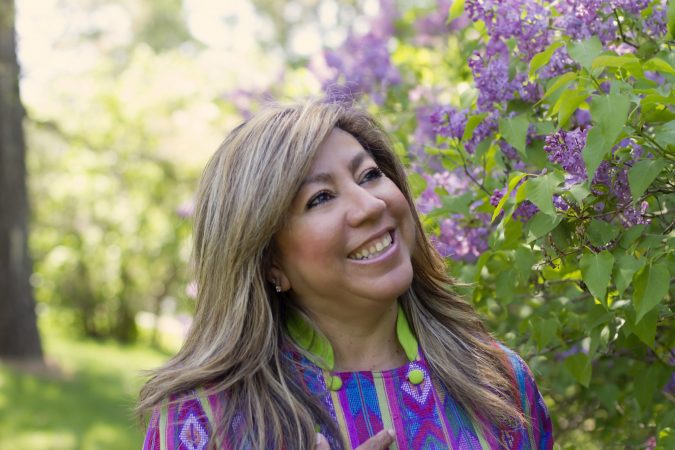 Internationally known as a socially responsible innovative entrepreneur, chef and philanthropist, for the past 15 years plus Amalia has dedicated herself to becoming a premier Latino healthy gourmet chef, author and speaker.

Today her cooking recipes are recognized in three continents and several dozen countries. Being bilingual, she is most well-known in South and Central America and recognized as an entrepreneur par excellence. Over the past decade, she has gradually built a new perspective on Latin American food culture by offering cultural education, seminars and tips on gourmet cuisine.

More important, she has never forgotten her roots and is now devoted to uplifting the lives of people in her native home. Born in Guatemala City, Amalia has achieved the American dream as a Latina entrepreneur and is now helping others reach for the sky.

So where does the story begin for Amalia?

Amalia was raised by her maternal grandmother after her parents divorced when she was only five years old.

“I moved with my abuela –grandma- from Guatemala City to Quezaltepeque, a very small town in the Department of Chiquimula. Although I didn’t see it at the time, it was the best opportunity for me to be with this nurturing, loving woman who was a great cook. She used to prepare great meals and took me shopping with her for fresh groceries and native ingredients. I enjoyed just being with her in the kitchen, an opportunity to spend time and bond with her but all those recipes, great smells and flavors somehow were stored in my mind for years to come,” Amalia shared with LatinasinBusiness.us.

After a few years spent with her abuela, Amalia was sent back to live with her father, a well-known OBGYN in Guatemala City. Attending a Catholic school, she then received language instruction in French and English.

“A few years back, my brother had moved to the USA and I decided to pursue my college education in an American university,” she said. At 19 she moved to Kansas City where she pursued her college studies in business and later obtained a Masters degree in Culture and International Business from St. Louis University. Soon she had a job in the business world.

Things started to happen very soon as she was a growing star in the corporate world. For the next two decades, Amalia was at the center of what every immigrant would want –success, money and prestige. She was in the corporate world working for various institutions in the Midwest. With her background in international business, she was continually advising corporations on financial strategies and how to succeed.

Over the years, Amalia’s banking background gave her an opportunity to meet people from diverse origins and experiences-she was being offered opportunities beyond her wildest dreams.

During those years, she met her husband, a banker of Scandinavian descent, and became a mom. “I decided to take a break of a 20 year career. At the time, we had moved to Minneapolis and the best way to meet new friends and business acquaintances was joining the local chamber of commerce,” Amalia remembers.

Amalia continued her abuela’s traditions of preparing food for family and friends and entertain at home. The heart-warming memories of those childhood flavors and ingredients were a strong motivation to realize that she could combine these beautiful memories with her call for entrepreneurship.

In 2001, her life took a turn. Following her instincts, she switched careers. She went back to school to satisfy her culinary desires, enrolling at the prestigious Le Cordon Bleu Culinary School, and refined her Latino cooking skills.

“Getting this education in one of the most prestigious culinary schools expanded my vision and cooking skills as I acquired international cooking techniques, expanded on my knowledge on nutrition and healthy eating, and even added knowledge about wines and other complements of gourmet cuisine,” Chef Amalia explained.

But entrepreneurship is not only having a skill or craft. It also entitles a strong knowledge and command of business strategies. “Along my many years now of developing this business venture, I have had a handful of mentors who have illuminated my vision, shared their experience and expanded my already acquired business background,” Amalia said.

Once Amalia started to cook, blending pre-Columbian and classic French techniques with her Mayan-Spanish roots, her talents became well-known in and around Twin cities. She was invited to teach at many of the local restaurants and colleges. Her name spread like wildfire and everyone wanted to learn about Latino food and her recipes.

Being bilingual she was asked to write for the local papers including the Twin Cities Latino American Today, Guatemala’s Siglo 21 and Revue Magazine. She started to offer easy tips on recipes, cooking, health, lifestyle and culture. With Latinos spread all over the globe, she was invited to give talks and seminars, and show her cooking skills in many countries. Amalia became a common household name in the State of Minnesota.

After several years of exhaustive research and many trips to Guatemala, Amalia finally published her first book on her favorite recipes, Amalia’s Guatemalan Kitchen, Gourmet Cuisine with a Cultural Flair which includes customs, culture, and tradition in Guatemalan cuisine.

“I wanted to become an ambassador of Guatemalan cuisine, a part of our culture that is not very well-known around the world,” she said. “I felt I was uniquely qualified as a bilingual and bicultural chef, to transfer Guatemalan cooking into American values and interpreting the nuances between both cultures,” she said.

Her book explained each recipe in simple steps and included ingredients that were readily found in grocery stores in the USA. Her book became an instant bestseller winning her nine regional and national awards. She is now working on her second book.

What does she miss about Guatemala?

Amalia says despite all the success she has had, she still misses the natural ingredients from her home. She states, “Guatemalan cuisine has its roots in Mayan culture and civilization, but also has contributions from Spaniards, who in turn brought dishes and traditions from the Arabs, Italians, Greeks and others,” said chef Amalia. “On the other hand, we also have influences from the cuisine of the Garifuna, an Afro-Caribbean group who settled in the region.”

Amalia resides in the Twin Cities with her husband and son. She is an animal lover and has two feline named Guapo and Tigresa. At home, Chef Amalia still continues the family tradition of cooking wholesome meals for her family.

You can meet chef Amalia at the World of the Latino Cuisine, in the Meadowlands Expo Center, Seacacus NJ, a food and beverage trade show that includes the participation of domestic food manufacturers, producers, and distributors. Importers from the Caribbean and many Latin American countries also participate as exhibitors. Registration for the event is available online at www.latinofoodshow.com or by contacting their office at (973) 273-0273 .

Guaranteed! Become a better networker in just "10 Steps to Happy Networking with Latino Bicultural Audiences." (instant free download!)
We will *never* share or sell your information.
Receive our weekly newsletter and enter for a chance to win! 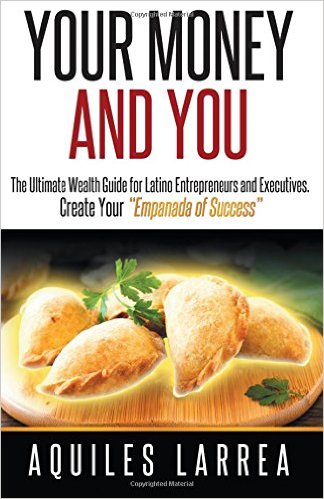 A signed copy of "Your Money and You, Your Empanada of Success" from author and financial expert Aquiles Larrea
Your information will *never* be shared or sold to a 3rd party.