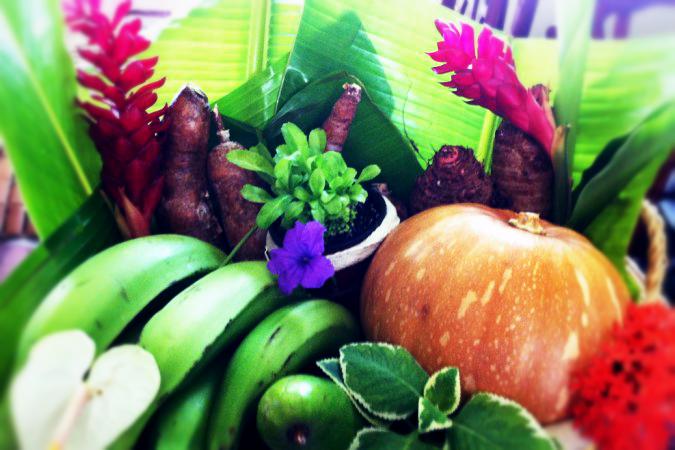 Cindy Cruz Torres is the CEO of Agropek LLC, a small agricultural business dedicated to the cultivation, harvest, and sale of healthy food. Cindy, one of AccessLatina Accelerator finalists, has proven once again that hard work, perseverance and dedication can overcome any obstacle and bring success. However, the road to success for Cindy was anything but easy.

According to the Brookings Institution, nearly 13 percent of the US population is foreign born accounting for nearly 40 million individuals. Immigrants coming to the USA are allured by the American Dream, the belief that if they work hard and play by the rules, they can achieve success.

This belief universally resonates in many people like Cindy Cruz. Even though there is no guarantee that they will achieve success, Cindy stands at the top of the heap revealing that the American Dream is still alive and well.

So how did it all start?

According to Cruz, she was not a business-minded person and like many nationals from Puerto Rico, had little money working for someone else. However, the economic crisis in 2010 led to her being laid off.

“At the time I was pregnant with my first child. Living with my parents gave the time to ponder about my future,” she recalls, and soon the first seeds of a business venture evolved in her mother-in-law’s backyard.

She glanced over the landscape and thought that perhaps she should venture into the agriculture business. Locally, there was a serious shortage of quality foods; however, Cindy had no acumen in business, had never taken any economic classes and knew of no one in business.

“I did not even know what being an entrepreneur meant and had no idea how to start a business,” she shared with LIBizus.

Although she had attended the University of Puerto Rico in Ponce and obtained degrees in accounting and forensic psychology, Cindy faced a major obstacle, lack of capital investment.

Everyone she spoke to asked about prior experience in agriculture and her business plan, none of which she had.

But most importantly, her biggest challenge was lack of confidence, great insecurity and the fear of failing. “I did not have a lot of savings and it would destroy many lives if I lost everything in a foolish business venture,” she affirmed.

She did not know what the toll of a new business venture would have on her lifestyle and pregnancy. Would she be able to cope as a mother, wife, daughter and business woman all at the same time?

Preparing for the future takes time and investment

Cindy then spent the next few months reading about her potential future business in agriculture. She spoke to many people, read the local laws, invested in workshops and seminars. She spoke to other business people and her family.

“The conclusion was that if I did not try I would never know,” she recalls. She was keenly aware that the path to any business was fraught with difficulty because the economy was poor and unpredictable.

In 2010, she finally launched Agropek on a small scale offering non-processed foods. However, her competitive edge was that her products were distinguished by quality and freshness. Then in 2015 Agropek added new products as processed (value-added products).

Within a few months, her customers started to make positive comments about the high nutritional value and durability of the healthy food. Over the next few years, her business started to expand.

By 2015, she had enlisted several other Latino business women to help start other stores in Puerto Rico. Today, Agropek is a profitable business that has created jobs for Latinos and Americans as well.

Looking back at the past five years, Cindy points out that her success was largely due to her ability to function as a leader who was able to multitask.

“I knew that failure was not an option and had prepared well for the business, despite having no background in the corporate world,” she shares.

Reaping what you sow

Today, she continually faces challenges but is not afraid to tackle them. “Success,” she says, “ also builds confidence.”

Even though she initially aimed her business at Latinos, the overwhelming popularity of her products has attracted people of all races and cultures. She strongly feels there is a need for more Latino women to enter the business world because there are opportunities for those who work hard.

“Latino women have always had the ‘work-hard’ spirit , one virtue which is difficult to find. For Latinas who want to venture into business, I encourage them to create good work ethics and develop strong social bonds. There will be disappointments and failures along the way, but the path for those who persist is marked with success,” Cindy said.

As to why Agropek has succeeded when there are so many other similar businesses, Cindy believes her foods are focused on “Healthy and Responsible Eating.”

What makes a good entrepreneur? “A successful entrepreneur should have the following qualities: passion, vision and perseverance. My favorite quote, which she abides by in daily life is, ‘Make a habit of helping others, or at least to do no harm’,” she shared.

As our politicians continue to debate the economic benefits of Hispanic immigrants, they should constantly be reminded that many profitable American companies were developed by individuals born outside continental USA such as Cindy.

Foreign born individuals are more likely to start a business than someone born in the USA. Businesses like one that Cindy Cruz operates also employ many Americans. Her success epitomizes that even today, one can achieve the American Dream.