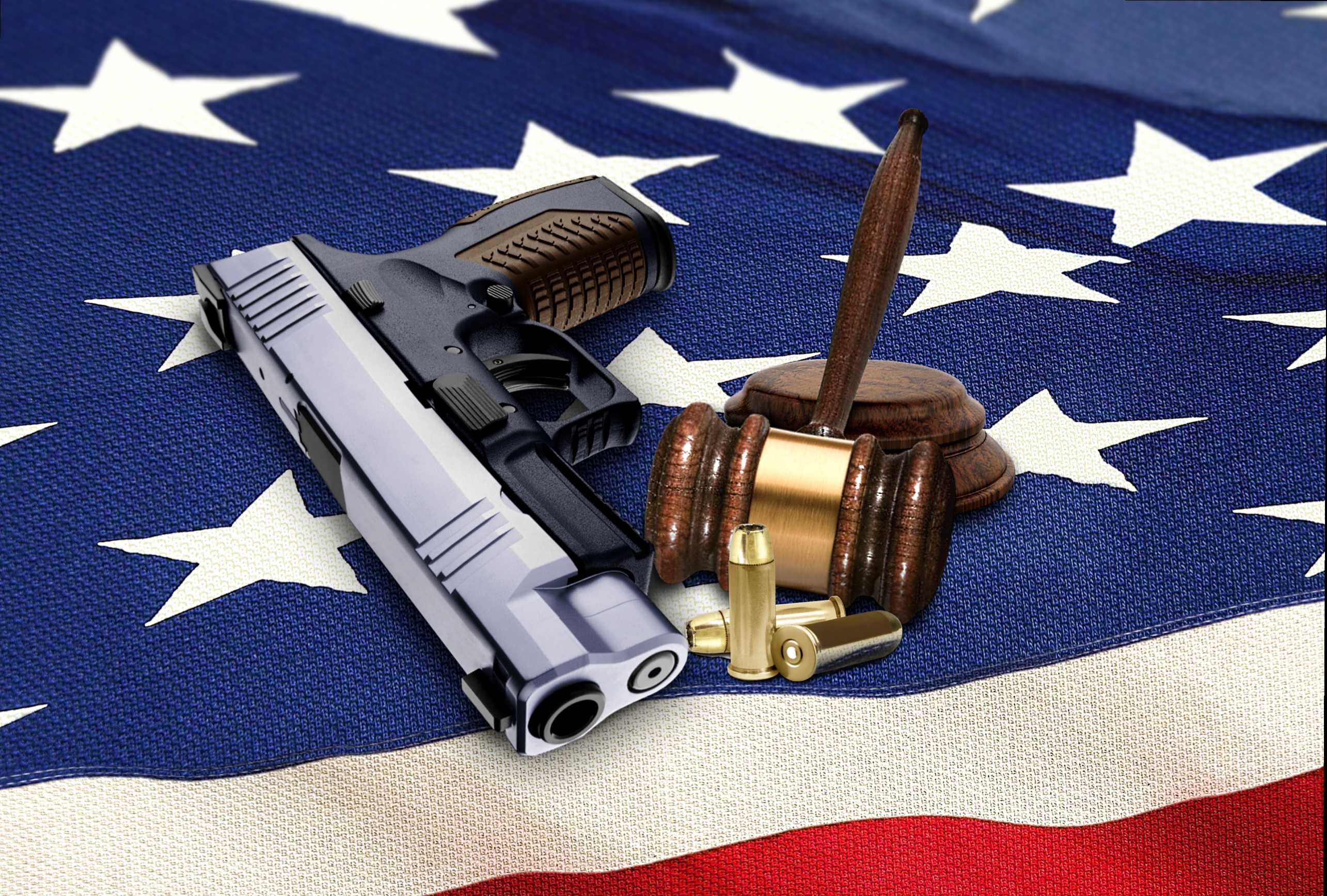 After the tragic events at Sandy Hook Elementary School in Newtown, Connecticut, the nation thought something was going to change. It didn’t.

Now we are in front of yet another tragedy of insurmountable proportion, the loss of ten young lives. When is this going to stop?

“So tonight, as those of us who are lucky enough to hug our kids a little closer are thinking about the families who aren’t so fortunate,” President Obama said, “I’d ask the American people to think about how they can get our government to change these laws, and to save these lives and let these people grow up.”

Firearms industry in the United States and abroad

According to the Professional Gun Retailers Association, guns retail sales in the United States averages about $3.5 billion while individual retailers size the industry at $4 billion a year. A healthy industry that has not declined in major recessions or economic crisis, the firearms industry increased jobs by more than 30 percent and improved its economic impact by more than 66 percent between 2008 and 2011.

The United States not only produces for domestic consumption but also exports misery.

The world’s leading exporter of all fire arms and ammunition by far, America exported $674 million worth of firearms in 2010, $270 million more than Italy, the next leading exporter, according the Norwegian Initiative on Small Arms Transfers (NISAT).

Worldwide weapons sales tripled in 2011, according to a new report by the Congressional Research Service. The total worldwide weapon sales nearly doubled to $85.3 billion last year. The United States sold three-quarters of it.

In a list of 100 countries, the United States ranks No. 1 in gun ownership. Approximately 888 firearms for every 1000 people are owned in this country.

At the bottom of the list, only 6 firearms in 1000 people are owned in Japan, which has the lowest rate in the world of violent murders with guns. While in 2008, the United States had over 12.000  firearm-related homicides, Japan reported only 11. 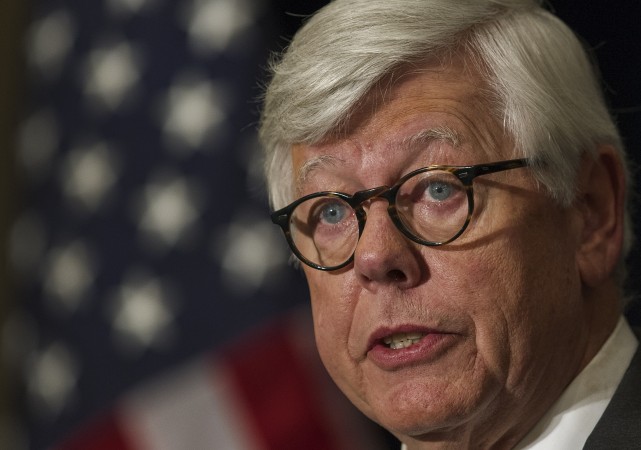 National Rifle Association(NRA) President David Keene leads the room in the national moment of silence held at 9:30am December 21, 2012, during a press conference in Washington, DC, on the one week anniversary of the Sandy Hook Elementary School shootings in Newtown, Connecticut. (PAUL J. RICHARDS/AFP/Getty Images)

NRA and the firearms industry

The NRA describes itself as an organization that represents the “uncompromising voice of the American gun owner.” It supports a wide range of firearms-related public interest activities –such as firearms and hunting safety, marksmanship skills for sports shooters, and educating the public about firearms.

In reality, the National Rifle Association, which has pushed through legislation in many states making gun ownership far easier, represents a lucrative industry that keeps growing year-after-year. The NRA and the firearms industry are profoundly linked in many ways other than merely representing gun-owners rights and the defense of the Second Amendment.

The organization promotes gun ownership and receives top dollars from the US firearms industry. Since 2005, the NRA has received millions of dollars from donors and grants as reported on the NRA Foundation website. But who are their donors?

The organization claims to receive industry grants for education programs, funds from individual donors, and donations through programs that round-up gun store customers’ purchases to the nearest dollar with the difference going to the NRA.

But corporate contributions come from manufacturers of firearms and ammunitions, industry magazines, the videogame industry, gun distributors and dealers, and vendors of ammunition and other shooting-related products.

The NRA’s influence in the national arena comes from its power through the American Legislative Exchange Council (ALEC), an organization that behind closed doors decides main changes to national legislation for their benefit. The organization’s membership includes national and global corporations and US legislators. It has been called the “state legislature without the people’s mandate.”

Through ALEC and its corporate funders, the NRA has pushed end of the ban on assault weapons, legislation allowing people to bring guns to work in 17 states, and the “Stand your Grown” laws in more than 20 states.

In 2008, in the aftermath of the Virginia Tech massacre, ALEC adopted a model bill to remove Virginia’s state prohibitions of guns on college campuses and allow students to bring guns to class.

In 2005, corporate lobbyists and politicians at an ALEC task force meeting voted to approve the NRA’s request that the “Stand Your Ground” law the organization led in Florida would be modeled by other states. Surely, it was passed later in 20 states.

Other bills were drafted by the NRA and adopted by ALEC corporations and legislators as models for the rest of the country impeding laws that would help protect Americans from gun violence in the name of the Second Amendment defense.

You can visit the NRA Political Victory Fund and see if a candidate in your state is endorse by the NRA by visiting their website here.

The close fist of the NRA

The NRA is the umbrella organization for other legal entities including the NRA Foundation, the Civil Rights Defense Fund, the Institute of Legislative Action, the Political Victory Fund, (NRA-PVF) and the Business Alliance.

Fueled by the power of the Super PACs, some of these organizations run undisclosed attack ads in political campaigns or lobby and fundraise tens of millions in undisclosed, tax-deductible donations. Others push legislation to profit from unregulated firearms sales or offer free legal representation in cases involving “significant legal issues relating to the right to keep and bear arms.”

According to the NRA-PVA, in 2008 the organization was involved in 271 campaigns for the U.S. House and Senate. It won in 230 of those races (85%) and endorsed thousands of state legislative candidates that same year with an 84 percent success rate in those elections. The NRA is feared by both Democrat and Republican legislators alike.

Does the American public have a saying?

Most NRA activities and policies are concealed from the public eye. Many still believe that the NRA represents gun-owners. According to polling conducted by the Mayors Against Illegal Guns in 2011, between 85 and 90 percent of both gun owners and people living in gun households surveyed agreed that tougher restrictions on gun ownership should be required in the United States. 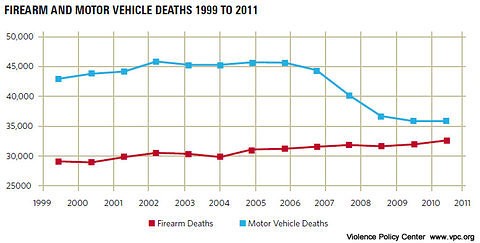 As reported in 2014 by The New York Times, “The Violence Policy Center confirms yet again the lunacy of America’s loose gun policies. The report contains the striking finding that gun deaths exceeded motor vehicle deaths in 14 states and the District of Columbia in 2011, the latest year for which the relevant data are available from the Centers for Disease Control and Prevention. That’s up from 12 states in 2010 and 9 states in 2009. The 2011 states are Alaska, Arizona, Colorado, Illinois, Louisiana, Maryland, Michigan, Nevada, Ohio, Oregon, Utah, Vermont, Virginia and Washington State, as well as the District of Columbia.”

A version of this article appeared on Voxxi.com on April 2013.