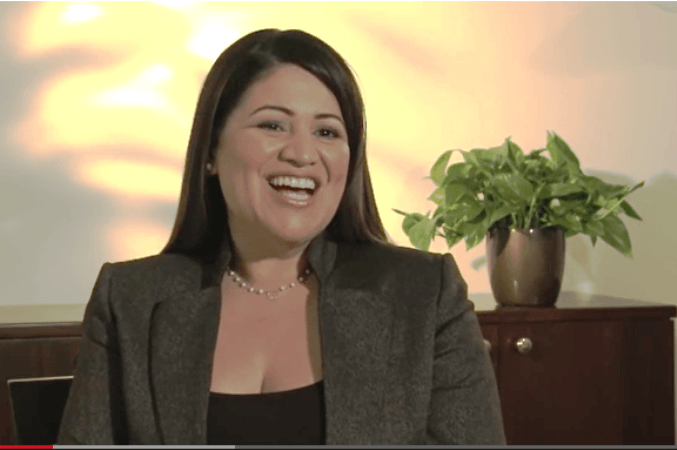 “Leadership is the behavior that brings the future to the present, by envisioning the possible and persuading others to help you make it a reality.” – Matt Barney, founder and CEO, LeaderAmp

At last year’s New America Alliance Wall Street Summit, a new initiative to increase the presence of Latinas in strategic business and civic positions was announced: The American Latina Leadership Caucus. Now, the Caucus is ready to launch in cities around the country.

“For a long time, the New America Alliance has celebrated and recognized American Latino women’s achievements. However, NAA leaders feel there is still a great need to increase the presence of Latina leaders in every corner of this country’s economic and political life,” said Maria del Pilar Avila, CEO, New America Alliance (NAA).

According to Avila, the Caucus is an opportunity for Latinas to be part of a group of influencers who will provide inside intelligence and information about board, corporate, political or non-profit openings while identifying the right candidates from their personal and professional networks.

“The idea is to encourage Latina leadership in different sectors, industries, markets and even across generations as well as to have a balanced vision of diverse Latina’s backgrounds. Through a communication mechanism, these influencers will seek recommendations to search for candidates, exchange biographies and resumes, have conversations with potential candidates, and help them move forward once the right candidates are identified,” she explained.

She personifies the NAA mission of accelerating the economic, political and human capital development of the American Latino community to build a stronger America. Under her leadership, NAA launched the Wall Street Summit, now in its 15th year. The Summit, a three-day event held in the financial capital of the world, brings to the forefront the contribution of American Latinos to the US economy and advocates for a greater inclusion of members of this community across several sectors.

Some of the event’s segments include the Pension Fund Initiative, which has opened access to billions of dollars for diverse asset managers as well as increase access to capital to Latino entrepreneurs; the new session #NewGenR3, A New Generation of American Latino Leaders: Renovate, Remix, Rise, which focused on the rise of new Latino leaders who are redefining their pathways to success and strengthening the pipeline of new leaders moving our nation forward; and the U.S. Mayors Forum & Luncheon, featuring insights into economic development and growth, improvement in education systems, expansion of infrastructure and community engagement across America’s cities.

Now, this new initiative is at the heart of Avila’s commitment to the organization’s leadership. “Less than one percent of Latinas hold high corporate and/or leadership positions,” said the CEO. “We need to build new connections, strengthen the relationships among members of the Caucus, and increase the presence of these leaders who bring particular skills to any decision table,” Avila affirmed.

Caucus participation will be by referral or invitation only. Potential candidates will be seeking some level of recommendation from members of the organization.  “We are hosting a series of introductory dinner conversations to extend our invitation and gather recommendations from the extraordinary group of Latinas we seek to engage,” Avila said.

Born and raised in Puerto Rico, Avila’s grandparents were farmers; however, they instilled the eagerness for education in their descendants. Avila’s career started in hospitality management at the Puerto Rico Convention Bureau and the Caribe Hilton, after she obtained a Bachelor of Science in Business and Hospitality Management from the University of Central Florida.

“It was a hard experience to come to the United States and face the world as a woman, a Puerto Rican and a Spanish-speaking immigrant,” she recalls. It took a hard process of acculturation for her to become a Latina, a very different experience coming from “La Isla” to the diaspora.

From 1996 to 1999, Avila was Vice President of Marketing & Events at the U.S. Hispanic Chamber of Commerce. At that position, she built a strong network of Latino entrepreneurs in key U.S., Mexico and Puerto Rico markets while immersing herself in the complexity of Latino participation in business development, political advocacy and the advancement of corporate America.

After her first round serving at the New America Alliance, in 2005 Avila joined Palladium Equity Partners as Vice President of Marketing, where she became mainly responsible for strategic marketing initiatives, investor relations, and the strengthening of the Palladium brand.  She was part of the team that raised a historic Hispanic market investment fund of $780 million in 2006.

She now serves as Vice Chair of the Board of ConPRmetidos, a Puerto Rican millennial-led think-and-do tank working to transform the economy of the Island by linking Puerto Ricans to leaders stateside who can develop and facilitate economic opportunities for Puerto Rico.

“Our American Latina Leadership Caucus schedule has been set for seven cities around the country –some of the meeting dates to be confirmed. We expect to bring together more experienced leaders along with emerging ones to introduce them to build new connections. Also, we would like to bolster business development opportunities among its members and channel their energy to the next level of their success,” Avila concluded.