Finally I arrived at Newark airport on Saturday night at around 8pm, despite my fear of cancellations after the Northeast snow storm on Friday. It was over, now back to reality.

During the week I did not have a lot of opportunity to think about the event itself; you just live it, inhale it, and enjoy it as much as you can. Needless to say, now that it has come to an end, tiredness sinks in and voila, you start recalling.

First, kudos to the Hispanicize 2015 team for a very professionally run conference! Managing an event this large and this long, moving people, hosting celebrities, finding venues, and having a Latino event running on time and on schedule for a week? That is almost a Superhero achievement!

I guess you need a grandiose mind –in a good sense- to imagine and then make such an experience tangible for hundreds of people who only attend the event to be pampered and indulged. Every little detail was taking care of, from device chargers to great food and fantastic entertainment, every day, all week.

Starting with the venue, the Intercontinental Hotel in Miami, the place was not only large and comfortable enough but also serviced with excellence. (How did they perfectly cook those fillet mignons for at least 500 people, all served at the same time?)

Sound, lights, technology, all worked seamlessly every time. You expect something to go wrong and that would be perfectly OK in such a large event but al least in what I was able to see or hear –I couldn’t clone myself to be in every session or every show-, I did not hear major complaints. And if problems were encountered or mistakes were made, a casual observer like me was left totally unaware.

Sessions and panel discussions deserve a separate paragraph. Although most sessions were well attended, I found that content was uneven and there was no way to know ahead of time. Maybe making attendees aware that discussion would be generic or for newbie bloggers could help –but I’m not sure if such warning is possible.

Discussions around monetization and working with brands, for instance, were pretty generic and lacked specificity. For new bloggers who are just starting, I would have preferred a little more guidance. Yes, you could pick something here and there but guidance to devise a strategy on working with agencies or brands would have been really helpful. After all, attendees were paying a lot of money to acquire solid knowledge, so brands should really make an effort to openly discuss those strategies.

Looking for Latinas in business, I attended a few panels and I found some discussions really interesting, such as the Public Roundtable with the Nation’s Most Powerful Latina Journalists moderated by Mercedes Soler, News anchor, CNN en español. They spoke about their trajectory as women and as Latinas in media, and how they broke glass ceiling and became a media professional in their own right. A very inspiring session of some of my favorite media Latinas –Maria Elena Salinas, Co-anchor, Noticiero Univision, Shirley Vazquez, Latina magazine Executive Editor, Cynthia Hudson, Sr VP CNN en español, and the friendly Myriam Marquez, Ex Editor at El Nuevo Herald, with whom I shared lunch right before the panel. Kudos to these magnificent ladies who opened doors for all of the rest!

Another excellent panel was the Uncap Your Happiness (presented by Coca-Cola) with Sonja Lyubormisky, University of California, Maria Celeste, Telemundo, Nataly Arias, Colombian National Team, Alba Adamo, Group Director of Hispanic Markets at Coca-Cola, and the extraordinary Nelly Galan, from The Adelante Movement. They all brought an insight of what it means to be happy and how each person can become the true maker of their own happiness.

My favorite time of each day? Latinnovators awards was a special moment when the conference stopped to play tribute to the big ones, those who have made it through hard work and persistence. If there is a value our Latino community should never leave behind is the care for others. We are a caring community, and the words of wisdom from Don Francisco, Arturo Guzman or Ciurana talking about their total commitment with their careers and their communities was not only inspiring but bello, muy bello!

Regrets? So sorry I missed Lori Ruff @loriruff, the Chief Brand Evangelist for ALPFA.org and LinkedIn Diva. I was really looking forward to meeting her!

Thanks for MacDonalds Cruise @MeEncanta

A shout out to all my fabulous Latina Twitter friends who I finally met in person –they looked so familiar I swear it seemed I have known them forever: Elianne Ramos, the incredible and laureate @ergeekgoddess; Lynn Ponder, @ponderful –who won three, yes, three TECLA Awards–; Melanie La Bloguera, @melaniegonzalez; Elaine de Valle, @newschica, who won TECLA with Political Cortadito –and with whom we share some journalistic history–;  Cathy Cano-Murillo, @craftychica; Liza Monet Morales, @xoxoLiza; and Jeannette Kaplun, @jeannettekaplun.

In my view, Hispanicize has raised the bar for every Latino event from now on; I would even dare to say, for every event period. It has reached the levels of excellence that all of us should aspire to achieve in our every day activity. Many generations of Latinos have worked very hard to get here, and Hispanicize is another proof that Latinos  we deserve the place we have earned on the national stage.

Click on any picture to see the photo gallery!

How do I look in this magnificent Scion? #VayamosJuntos @Toyota

With my idol Elianne Ramos

Thanks MacDonalds for the great cruise @MeEncanta

A good laugh with Kathy Cano-Murillo and Lorraine C Ladish

At the Intercontinental rooftop

Thanks for the good tips at WordPress 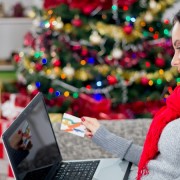 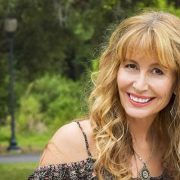 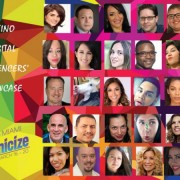 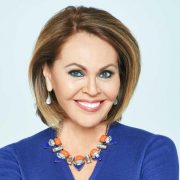 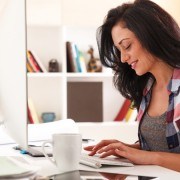 Your blog a hobby or a business: Action plan to blogging for money 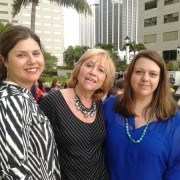 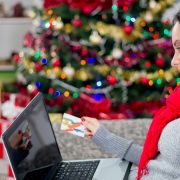 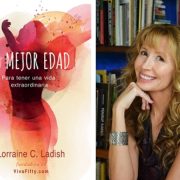 5 Reasons sales and social media work better together
Want more? Get LIBiz.us in your Inbox!