Pegine Echevarria the book that changed my life 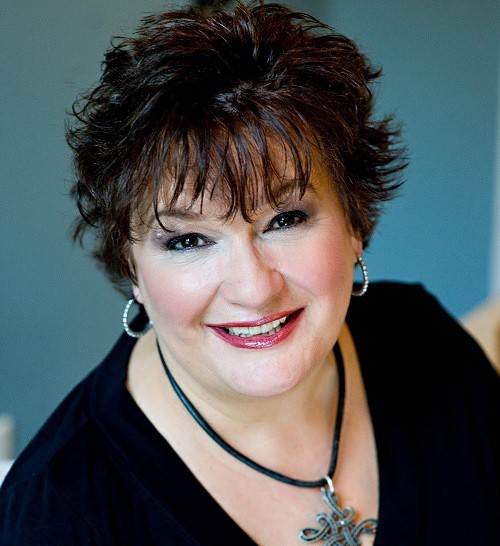 Pegine Echevarria, MSW, CSP is the only Latina inducted into the 58 Member Motivational Speaker Hall of Fame, and the only Latina in the Million Dollar Speakers Group. Her company, Pegine Team Inc., is #2 among the 50 fastest growing companies in North Florida. We thank her for her contribution to LIBizus with the book review of “Secrets of Six Figure Women” by Barbara Stanny.

Napoleon Hill, author of “Think and Grow Rich” and author of many books on success read by almost all millionaires, shares “Wealth is something you build for yourself out of service to others, sparked and enhanced by your own positive, joyful inward drive.”

In her book, “Secrets of Six Figure Women,” Barbara Stanny brings a similar perspective and ties it to the lessons women learned growing up, our internal dialogue and how to shift our mindset to being worthy, wealthy and successful.

Barbara is the daughter of the late entrepreneur and philanthropist Richard A. Bloch, who co-founded H&R Block with his brother Henry in 1953. Her father didn’t discuss money with her or teach her about money. She married early on and her trust fund was managed by her husband. Sounds good right? Nope. He lost it all then left her leaving her with tax bills, fines and debt. Daddy didn’t come and save the day. It was hers to fix up. It took years and she did.

The lessons learned were hers to learn and then hers to share with all of us. I am grateful she did.

Her book “Secrets of Six Figure Women” is a must-read for all women. Through the book you are able to relate to the women and how they shifted their thinking and shifted their perspective about themselves and their worth.

A concept like “release and let go of perceptions about yourself and your worth” is one way Barbara shows how women have transformed their lives. Another is “take the leap, knowing you will be not only okay but are great.” “Take the leap” is harder to embrace, however, Barbara shows you how others have done it before you and gives you (alright gave me) the clarity that “of course I can do this. I’ve done tougher things before.”

There are many gems that opened my eyes and transformed how I think of myself and my business. I went from four figure deals to closing seven-figure deals for my own company. As a Latina, I had to get out of my own way. I still do.

The secrets she shares are:

All the “secrets” titles sound like things you read before. However, the content is about increase, fiscal expansion and prosperity action that are currently being used by six and seven-figure women. I have learned how to use each of these steps to increase my life financially and leverage opportunities.